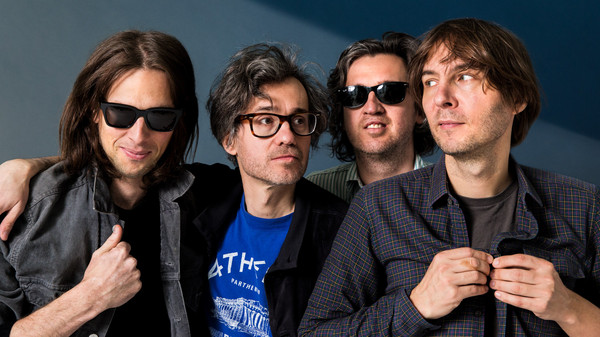 This is an interview done in 2013 with Phoenix, a French alternative rock band that had just released their fifth album, “Bankrupt“. I was working for a now-defunct dance music magazine at the time, and was granted a fifteen-minute talk with the band’s lead singer, Thomas Mars. For better or worse, I was recently able to recover it from the magazine’s archives. Enjoy.

– Hi Thomas. Thanks for getting on the phone with me. Someone from the band made a statement last year, saying, “It’s very hard to beat “Wolfgang Amadeus Phoenix”, but “Bankrupt“could be revolutionary “. So now that it’s been released, do you feel that “Bankrupt” beat your previous album?

That actually came from the head of our record label, Daniel Glass. He’d visited us in Paris during the recording of the album, heard some of the songs, and saw how intense the songwriting was. After coming back to the US, he got a bit overexcited at the press conference and made that statement (laughs). But if you want my thoughts on that, I don’t think we beat “Wolfgang “, and neither were we beaten by “Wolfgang “. All of our albums are pretty equal, but “Bankrupt” was definitely more of an experimental record and was very complex to make. It wasn’t something we could’ve made early in our career.

– If “Bankrupt” doesn’t measure up to the commercial success of “Wolfgang”, will it affect the band in any way?

No, it won’t. The album has already reached a point where it’s not a failure, and that’s enough for us. Also, it’s strange because things are different when we play live nowadays. There’s a track called “If I Ever Feel Better” from our first album, and no-one cared about it when we played it live in the early 2000s. But on this tour, it’s had more success than “1901” or “Lisztomania“, and I don’t understand why. But we love those kinds of surprises, and things might change again in a few years – the songs from “Bankrupt” that were initially unpopular might end up finding a big audience. So we’re not worried about it.

– How do you feel about “Bankrupt” leaking a month ahead of the release date?

The same thing happened with “Wolfgang “; it leaked two months before its release, which was a shame. Imagine buying fireworks to show your friends at night, but then someone sneaks up behind you and lights them during the daytime. You can only hope the explosions last long enough for people to see them at night too – that’s what happened with “Wolfgang  “. But once it happens, you can’t really fight it. You just have to accept it.

– Phoenix incorporates a lot of electronic influences into its music. What’s the reason for that?

We’re more of an electronic band than people think. It’s only because we play live shows and have traditional titles like “guitar player” and “drummer” on the record sleeve that people think otherwise. But the acoustic parts are sometimes a very small part of the production. There are times when the guitar, bass or drum parts are very minimal or non-existent because we prefer using drum machines or synths. Even when we play live, we use those things a lot.

Growing up in Versailles, we made making records in our basements and needed samples to make them sound good because we didn’t have good microphones or great-sounding rooms to record in. So we had to use samplers and synths to beef up our productions, and to be honest, I still love electronic instruments more than guitars. That’s why my favorite piece of equipment is the Linn LM-1.

– Given your love for electronic music production, how come you guys haven’t done any music with your friends, Daft Punk?

Our guitarist, Laurent Brancowitz, was in their first band, Darlin, and they released some music that was reviewed by a British magazine who called it, “A daft punky thrash “, which is how they got their name. But then Laurent joined Phoenix because his younger brother, Christian Mazzalai, was in our band. We’ve always exchanged a lot of equipment and stuff with Daft Punk, but we’re two very different entities that function best in small groups. It’s very hard for someone to come into our four-man team and give his opinion, and I think they’re the same. Even when they collaborate with others, it mostly involves them directing the project, and it’s the same for us. So if we tried to work with them, it would be like two directors shooting a movie, which probably wouldn’t turn out well.

– A few months ago, you guys released the audio stems for “Trying To Be Cool”. Any chance you’ll do that again for other songs?

Yes. We’re doing it more and more to avoid having any sounds left that we could sample for our future music. We don’t want to start a new record with anything from our old ones, so it’s a good way of starting from zero. I guess it’s more for selfish reasons than to offer people the chance of remixing our music (laughs). But it feels good to get rid of old material so we’re forced to find new ways of composing, so we’ll probably do more of that. 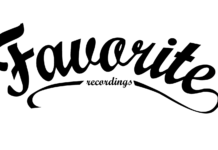