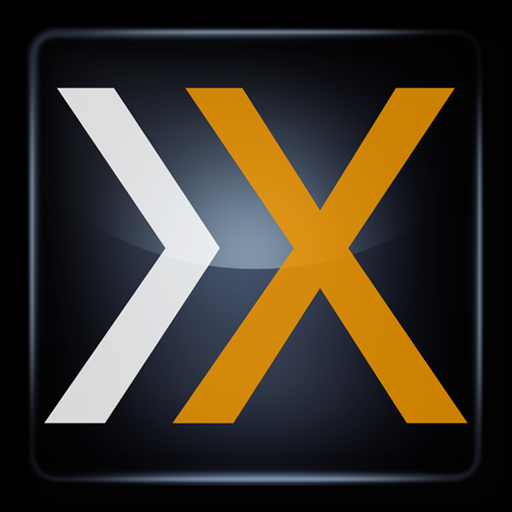 XLN Audio is a Swedish software company that has become famous for its virtual drum program, Addictive Drums. Following that success, they’ve also introduced a line of pianos and keyboards under the brand name Addictive Keys. The company’s Product Manager and co-founder Lars Erlandsson, recently agreed to answer some of my questions about the company, so I emailed him a Q&A to learn more about his company.

Hi Lars. Can you start by telling me what led you to co-create XLN Audio?

At the time, Niklas Möller and I had just started working together as music producers. Whereas I had never recorded real drums, Niklas had done quite a bit of that, and had built up a library of multi-channel samples that he used in Battery, along with plugins for things like EQ and compression. I was looking at his on-screen mess of about 30 different plugin windows, and thought it would be nice to have all that in one plugin, and to be able to recall the drum kit with all the effect settings. At the time, there was nothing like that on the market.

To cut a long story short, we tried to sell the idea to some of the major players in music software, but ultimately decided to start our own company. I’ve always been interested in programming, inventing and building stuff, so it was pretty exciting.

As the Product Manager, are you the one who decides which kind of VST the company will create?

Yes, my job is to make sure we keep bringing interesting stuff to the market. At XLN, this is very much a group effort though. We’re a great team with a shared dedication to quality and design. I’m also heavily involved in the actual product design questions, such as “How many buttons should this thing have, and where do we put them? “. I love that, trying to make something intuitive and simple to use, while still being powerful.

Can you take me through your typical workday?

I try to keep the work-week to 40 hrs, but the final months of a big project might push it way over that.

I do many different things, and it all depends on the projects we’re working on at the time. I often work with the programmers, discussing ways to solve things or general product design. I also do planning and work on a more strategic level, often together with Niklas, who is now the CEO. At the moment, I handle a lot of the sales and marketing too, which is fun.

I’ve heard that Max Martin is a co-owner of XLN Audio. How did that come about? Do you guys have other endorsers?

Back in 2004, we were looking for investors to start XLN. I had met Max before, and thought that he might be our man, as he was a potential customer who understood what we were doing, and was also quite rich (laughs) He was immediately interested, and provided funding to get us going. In 2011 his company, Maratone, became official co-owners of XLN Audio. Max is a great guy and is totally dedicated to his craft, so it was a good fit for us.

As for endorsers, there are certainly some big names using our products, and we have testimonials from some of them. Personally, it’s the greatest feeling in the world that I can give something back to my childhood musical heroes – like when Nile Rodgers wrote to me on Myspace saying “Hey Lars, Addictive Drums is great! “.

How hard is it to make a virtual instrument like Addictive Drums (AD)?

It’s a lot of work. We record hundreds of hits for each articulation, and many articulations per drum. Everything in the recording chain has to be consistent, and all mics and preamps have to work as expected. For the Indie ADpak, we recorded everything on analog two-inch tape, so that was extremely challenging.

Then there’s the mixing part, which is mostly cleaning up stuff (removing noise), and choosing what mics to use (we record more tracks than are used). Next up is sound editing, where we select what hits to use and build the actual sample sets that go into the products. Then it’s testing time, and after that often a rinse & repeat of the mix/edit process until we’re happy.

How long did AD take to create? Were there any challenges throughout that process?

We worked on and off in the beginning, prototyping and thinking about stuff for about two years. Once we got the funding and programmers, we spent another year or two. As for challenges, I’m not sure. It was a pretty smooth ride mostly, but definitely a lot of work.

Looking back, I have to say we were incredibly lucky to get two of the most awesome programmers in the world, Magnus Lidström and Martin Eklund. They made AD faster and more stable than anyone of us could have imagined, and that really helped us gain momentum.

What was the most important thing that you had to get right with AD before you could release it?

For me, the most important thing was user experience: workflow and consistency. I really didn’t like how, other drum libraries would sometimes have a side-stick on the snare and sometimes not. Our vision was that snares should be switchable and be at the same volume when they load up. That way, all you need to do is flip through them and choose the sound you like best. It may seem like a tiny detail, but attention to detail is what does it for me.

We deliberately made a rigid structure with fixed FX chains, fixed kit sizes, etc. You can stay more creative as a user if certain choices have been made for you, so you don’t have to reinvent the wheel every time. That’s why the Minimoog got so immensely popular, although a modular system offered infinitely more options.

The only major thing we had to compromise on was e-drum support. We cut it from version 1.0, and added it in 1.5.

Would you say that Addictive Drums has been a commercial success for you guys?

Yes, I would say that. It was a much bigger success than we had hoped for, and what people in the industry told us to expect. It’s still as popular as ever, and we are very grateful for that.

Tell me a bit about the making of your ADPaks. How long does it even take to make one?

Our content department does them – everything from the initial concept to recording and the videos. Andreas Mood is our Content Manager, Staffan Gustafsson is the art director and project manager, whilst Kim Lindberger does the sound editing.

An ADpak takes roughly three to four months to complete, although we’re usually working on several things at the same time.

What kind of response are you guys getting for your relatively new product, Addictive Keys?

We knew going in that the market for keys was much more crowded than drums, and also a smaller one.  I think many people initially thought, “Oh no, another piano VST…“. But once they try it, they usually get really excited about it. The fast loading times from AD are present in Addictive Keys, but so are the various mic perspectives and all the FX. It does piano sounds really great, but you can also use it to make lush tempo-synced pads that adds a lot of organic texture to your sound. So we’re seeing the same growth as with AD in the beginning. Word-of-mouth basically, which is the best kind of marketing in my opinion.

Does XLN have any interesting success stories for its products? Have they been used on any famous productions?

We hear them all over. Sometimes it’s very recognizable, like in Nine Inch Nails‘ “Discipline“ or OneRepublic’s “Good Life“,  and sometimes more subtle, like in a Rihanna song. I hear it everyday on TV commercials. It’s pretty funny (laughs).

Does XLN ever think about its competition? Is it important for you to out-compete other VST instruments?

We think about it of course, but we don’t design our products based on what others are doing. We have to do it based on what we feel brings the most value to the user. We’re pretty non-corporate, and still do this because we love it.

What is the biggest change that has taken place in the software industry over the past eight year’s of XLN’s existence?

I would say overall it’s still pretty similar. The same hosts and the same plugins are still around. Mobile platforms and the App Store is maybe the biggest difference, but I can’t say that it’s changed much for us.

What is XLN’s stance on pirating software? Will you ever use iLoks to protect their products?

We don’t spend much time thinking about it. We don’t see any change in sales when our products are released on pirate sites.

I don’t think we’ll ever use iLoks or similar devices. I don’t like having to carry around a piece of hardware like that, and hope that it always works or doesn’t get stolen. We’re quite happy with our own system, where you can download, install and authorize all your products whenever you need to. I think dongles will be gone in five years anyway.

Can you tell me about what the next big VST release will be from XLN Audio? Addictive Brass, maybe?