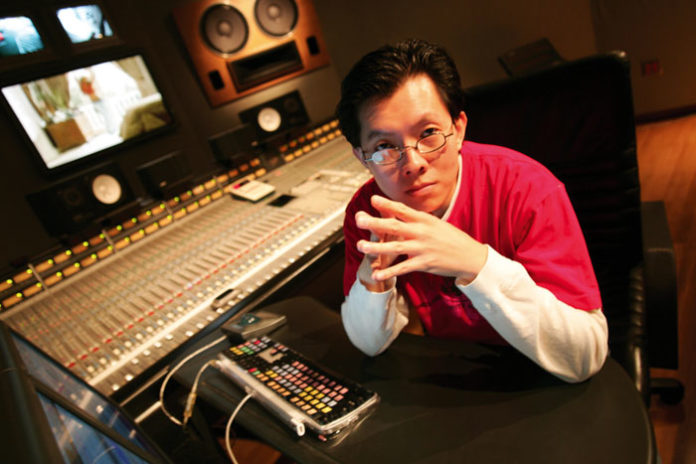 Phil Tan is one of the leading names in the world of urban and pop music mixing. His credits extend from 90’s hits like Mariah Carey’s “Always Be My Baby” to modern charters like Rihanna’s “Diamonds” and newly released albums by Kylie Minogue and Michael Jackson. Our recent interview gave me the opportunity to throw some questions his way about how his career and does his mixes.

Hi Phil. In 2007, you said that you used to do around 200 mixes a year. That’s more than one mix every other day. How did you manage that pace?

I actually consider myself slow and deliberate, and often wish I knew how to work faster! I guess it’s not that hard when you enjoy what you do.

Yes, around 200 per year sounds about right. It’s been that way for about a decade. Quantity has never been a goal for me though, and never will be. I don’t know if it’s true, but I once heard Chris Lord-Alge did 500 in a year, and I wouldn’t be surprised if that was true. He’s one of the greats.

As someone who’s mixed a lot of hip-hop and pop, what are some of your techniques for making small-sounding, dry synth sounds and drum samples stick out in a mix?

I’ll try anything: distortion, compression, fattening effects, etc. Sometimes I’ll replace or stack the sounds with my own if necessary. I’ve been very lucky though. Most of the people I get to work with are pros who know the value of picking the right sounds and getting them recorded right.

In the event that you need to enhance sampled drum sounds to stand out more, what have been some of your techniques for that?

I’ve never been a very technical guy. I just turn knobs or try things until I get the result I want, or until it feels right. Sometimes when I look at some of my gear settings, I fell like knobs are in really extreme positions. I suppose there’s a reason why certain EQ designers put in knobs that only go from -15 to +15 (laughs). I don’t really know how extreme I am though. I’ve re-amped stuff through phone speakers and broken guitar amps, as well as mangled things through effects pedals, but I’m sure there are engineers out there who do much crazier things.

For tracks that are made with the goal of being popular in the club, how do you mix the low-end for that?

It may sound like I’m avoiding your question, but I really don’t have a set way I approach a mix – everything is done on a case by case basis, and it’s a relatively instinctive process. I value and rely on the producers’ and artists’ input. If they tell me I’m off the mark, I’ll ask them if they have anything they want me to reference. I monitor almost entirely on my Dynaudio M1s, are powered by Bryston amps. I keep my levels at around 85 dB and hardly ever touch the volume control, whether I’m working on a piano ballad or a club banger. That may sound odd to some, but it’s worked for me. I guess I know my system well enough to know how things translate.

You’ve stated in the past that Pharrell asked you to not use any compression when mixing Gwen Stefani’s “Hollaback Girl” . Do you know why he requested that, and how that affected the end result?

I think he just wanted it to sound a bit messy, like a pep rally in a gym, so compression might have made it sound a bit too controlled. I had to change my habits a little of course, since compressors are usually such an integral part of the mixing process. I think it worked out okay though, as the first single to sell a million digital downloads and going #1 on the Hot 100 (laughs).

On “Drop It Like It’s Hot”, the production is sparse, yet the record doesn’t lack in presence and low-end. Do you remember how you went about achieving that with so few elements in the mix?

I think that’s just Pharrell’s, Chad Hugo’s and Snoop’s genius on display; nothing sounded like it at the time. The sounds and parts were all little hooks that kept things fun and interesting for the listener – the tuned 808, the synth line, Pharrell’s “click-clock” mouth noises, Chad’s “Snooooooop”, etc. Since it was so minimal, there wasn’t a lot of carving to do. Snoop’s performance and delivery was just perfect for the track, and it became his first #1 record.

I once heard another mixer engineer say, “The average listener only discerns two parts of a song: the vocals and everything else”. Is that something you agree with? Do you tend to divide up your mixes in this way?

I think that’s a bit over-simplistic. The vocal normally would be front and center, but the supporting parts play an important role in establishing mood and context. It’s like a movie scene: the lead actor may be the focus, but the supporting characters, location, set design and makeup all contribute to the story. I tend to start with the elements that live in the middle – lead vocal, kick, snare and bass. They’re the kind of parts that occupy a good bit of space, so they need to be able to coexist. The other stuff goes around those main elements. There are exceptions, of course. If a guitar or synth is a lead or featured theme in the song, it’ll need to be treated as such.

The loudest part of the 90’s hip-hop mixes tend to be the kick and snare, but with the advent of the loudness wars, this is no longer the case, as the tracks get flattened out. What are some downsides to this?

The thing is, as engineers and mixers, we provide a service, so we generally have to adopt a “give the customer what they want” mindset. Otherwise, the client will just go to someone else who will give them the desired results. As hip-hop became more and more mainstream, many of the producers started incorporating pop production techniques. Purists may consider that “selling out”, but it’s hard to blame them. At the end of the day, the artist will want his art to reach as large an audience as possible. For some time, pop and rock music seemed to be all about loudness, so hard limiting was widely used to achieve that. Things seem to be a bit more reasonable now. Some of the biggest hits these past couple of years, like Gotye’s and Pharrell’s, aren’t crazy loud.

What are some of your favorite plugins are for the following tasks?

Lastly, you have mixing credits on the upcoming Michael Jackson album, “Xscape“. Can you share with me what it was like to mix music on that project?

The song I mixed was “A Place With No Name,” produced by Stargate. I’ve had the good fortune of mixing a number of their productions over the years and we’ve developed a great working relationship, so we generally know what to expect from each other. L.A Reid had me listen to one of the other tracks on the album to give me an idea of what they were going for, so the mix went very smoothly. The first pass ended up being the approved mix. 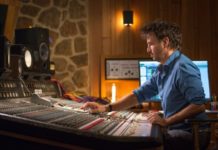