I recently got the chance to talk to Adam Boyd at Activision, which is the publishing division of Activision Blizzard. With his long-standing position in the game industry as an audio professional, I anticipated that he’d offer some insight into the work done by one of the major game companies around, and I wasn’t disappointed.

Hi Adam! For those who mistakenly label Activision as a “game developer”, instead of a “publisher”, can you explain if the audio personnel at each of these kinds of companies differ?

Activision has a number of studios that work on well-known brands like “Skylanders” and “Call of Duty“, as well as numerous licensed properties too. The publishing side is where the executive and various departments reside, such as marketing, finance and legal. My group (Central Audio) is also on the publishing side, but we focus primarily on development support for the studios, made up of colleagues who are actually designing and making the games. We support the needs of our studio teams on multiple titles over the course of their development, helping wherever we can. Since our studio colleagues work on one title over many months or years, my group moves from project to project as required.

The skills required in both publishing and development are very similar – sound editing and design, mixing, implementation, etc. However, we also tend to interface a lot more with our legal, marketing and production management groups, doing things like setting up external contracts, managing vendor relationships and working on marketing assets. As a central group, we have some degree of involvement with most of our franchises, and we stay busy throughout the year.

What does your job as the Senior Audio Manager entail?

I manage a small team of sound experts whose main purpose is to support the audio needs of the development teams as they create the games. Our involvement varies from studio to studio, depending on their needs and resources. We can take on chunks of work are post-production oriented, like in-game cinematics, but we might also do sound design or implementation. A relatively new direction for us, when we’re not working directly on games, is that we’ve increased our focus on R&D. Our goal here is to identify advanced practices around sound design and mixing techniques, as well as to develop audio tools and technology that can contribute to the success of all Activision games. Right now we have several advanced R&D projects underway that I’m very excited about.

Considering that you have a background in sound for TV, how does that skill set carry over into sound for games?

Personally, I feel it’s a great advantage to have post-production experience. Storytelling through audio is very important to me, and working in TV and film is where I learned the craft – but it will only take you so far. The audio for games today is much more technically complex than ever before, and in some areas it’s distinctly different from the kind of linear sound design and mixing in film. Interactivity is a big challenge for audio. A game audio professional needs to be highly skilled in the creative aspects of sound design, but they also must have a solid grasp of logic and physics in order to break down sound events into systems that support interactivity. Sounds that might be simple to drop into a linear timeline can become very complex when non-linearity enters the picture. You really have to be a quick study and be able to adapt to using a variety of tool-sets, from simple spreadsheets to actual audio middle-ware and everything in between. 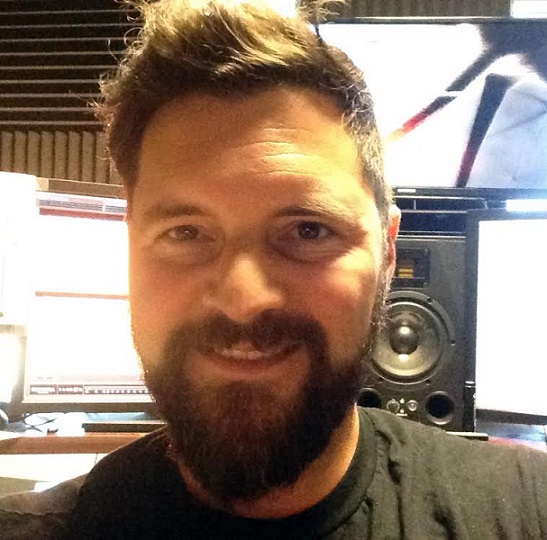 What does your Audio Team look like in terms of manpower and resources? Does having a corporate parent give you a generous supply of resources? And do you ever hire freelancers?

Working for a large publisher has its advantages, but we’re not extravagant. There’s a culture here of supporting the right ideas, and that trickles down to the way we operate our department.

The scope of our projects is often varied and sometimes can be so big that we do need to bring in external help. Part of what I do in order to support the development teams is to seek out and recommend external vendors.

You’ve worked on a lot of “Need For Speed” titles since 2003. From an audio perspective, what does working on racing titles do for your skills as an audio professional?

In my opinion, racing games are the most challenging genre of games to work on. For one, vehicles are complex machines that make a lot of noise and interact with the environment in a myriad of ways. Breaking any vehicle system down into its individual parts and rebuilding them in an interactive context is very difficult. In racing games you usually have a singular point-of-view for long periods of time, i.e the drive camera, and it doesn’t take long for the sound to stagnate. You have to get very creative with your sound design and mixing approach in order to keep the player engaged, while at the same time giving them accurate audio feedback so they can perform to the best of their abilities. If anything, working on a racing game is a great crash course in physical systems, environmental acoustics and player engagement, and that knowledge applies to most other genres as well.

In 2011, you started working on “Call Of Duty” games. Did you have to acquire new skills in sound design for that, or was your previous experience with racing games suitable for first-person shooters?

What I learned with first-person shooter games is that it’s fundamentally about controlling your mix, and giving the player the information they need to play the game, while at the same time providing the emotional cues necessary to push the story forward. There’s usually a lot of on-screen action in a first-person shooter game, and having the ability to know what’s important to hear at any given moment is quite a challenge. It’s almost the polar opposite of what a racing game is like, but in the end it’s trying to achieve the same thing.

What would you say are the skills that have helped you become successful at making shooter and racing games?

Of course you have to know your tools and understand all the technical stuff. But the most important thing is making choices with your sounds that are the right ones for whatever story. As I’ve matured as a sound designer I’ve gotten less and less interested in making “cool” sounds for their own sake, and more interested in becoming a more capable storyteller. And by “story” I don’t necessarily mean long-form narrative; stories can be told in so many ways, and in games a lot of the stories are micro-events that have a beginning, middle and end. Like, “I was driving fast, I dodged an oncoming car, but oversteered and smashed into a barrier“. That’s a whole story that might happen in the space of three seconds, but it still needs to be carefully crafted with sound in a compelling way or it can easily turn into a wall of meaningless noise.

You mentioned in another interview that you want your games to sound great through small speakers on an average TV, as well as on higher-end systems. What are some ways that you go about achieving this?

We first sit down with the audio team – the designers, the leads – to see where we can help. As most will tell you, great audio starts with the content creation, continues through the implementation and goes right through to the final mix. There’s often a tendency when you’re doing sound design to make every sound huge, full bandwidth and as loud as hell. Of course when you have 100 other sounds all competing for the same small piece of dynamic range, this can be a problem. But the game industry is starting to adopting loudness standards, and that’s a great start. We also check all of our sounds on multiple speaker setups before committing them into the pipeline. It’s important to never take it for granted that a gamer is going to have a perfectly calibrated 5.1 home theater system available to them. I would advise to mix for the baseline, and then move to the higher end system and embellish. That way there’s something for everybody.

Does your job involve dealing with the licensing of music for Activision titles?

I’m only peripherally involved with music licensing; we have a separate music department that handles all of that. I’m more focused on supporting the sound design and mixing needs coming from the studios.

For someone out there who has their eyes on getting into the audio team at Activision, what are some things that would catch your eye about a young sound designer?

Good taste and a passion for sound in general. Also work ethic is huge. There’s a common saying that it takes 10,000 hours to become an expert at anything, and I think there’s a lot of truth in that. Maybe 10,000 hours is a bit abstract. To put it another way, if you did nothing but sound design for nine hours a day, and never took a day off for the next three years, that’s about 10,000 hours. That’s a pretty extreme commitment right there! 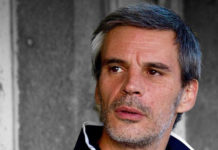 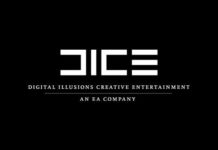