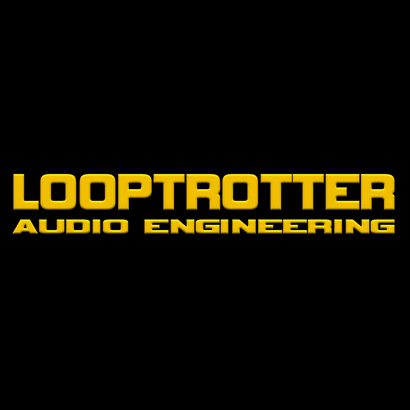 Whilst conducting an interview at Riksmixningsverket in Stockholm, Linn Fijal pointed out one of her favorite pieces of gear, the Looptrotter Monster Compressor. Thus began my research on this relatively unknown audio company, of which I’ve become a fan. As such, I was happy to put together a questionnaire to send over to the company’s founder in Poland, Andrzej Starzyk, who offered up some great insight into his work.

Hi Andrzej. How did Looptrotter get started, and how long you guys have been in business?

My father worked with electronics, so I’ve been fascinated with it since my early childhood. My first real job within audio was as a stage technician and sound engineer at the legendary jazz club, Remont, in Warsaw. That job afforded me quite a lot of free time to make music and build my own gear. As a result, I developed a deeper interest in audio processing, mainly compression and different kinds of ear-friendly distortion, and later started building my own mastering gear. I soon realized that making gear was far more fascinating for me than my day job, and I’d rather work with it full-time.

Your flagship product is the Monster Compressor. I’ve heard that it took 10+ years to develop. Can you tell me about the process of creating it?

Working as a live sound engineer provided me with the money to build prototypes of the Monster Compressor. When I finally decided it was time to show the finished prototype to the world, I had four different devices which all had professional casing and a front panel. I started meeting with professional sound engineers who saw the potential in it and were generous with their remarks and observations. Based on their feedback, I was able to build the final version that I’m selling today. I later met Robert Fijalkowski, of MJ Audio Lab, who offered to help me on the distribution end, and that led to me formally creating Looptrotter as a company in 2010. Ever since then, we’ve been introducing new products, perfecting our manufacturing process and widening our sales to new countries.

Looptrotter’s products all seem to focus on saturation and coloration of the audio signal, which something digital plugins struggle to do. Even digital synthesizers like Reaktor sound less powerful than analog ones. What’s the reason for this disparity between analog and digital sources?

I’ve been pondering over this for a long time, and I’ve come to the following conclusions: digital technology is simply mathematics – nothing else. Although audio processing within analog equipment is also based on mathematical equations, the electronic elements used in the process are chemical substances and they involve the movement of electrons. I think it’s the reason why analog equipment is believed to have a “soul” and digital is considered “dead” or “soulless”. Digital technology perfectly calculates the signal according to the given algorithm, whilst analog elements contain imperfections that have a significant impact on the sound. You could take identically labelled elements across multiple instances of the same model of gear, and they would sound different. It’s possible to “improve” those flaws by making a digital recreation of that gear, but it takes away the character, which for me is the essential.

Based on what you said above, what has been your focus in terms of building Looptrotter products?

I’ve noticed that adding low-order harmonics has a very specific influence on sound. The harmonics produced along the dominant frequencies create the effect of bringing the sound nearer by drawing out hidden details and make the sound more palpable.

You have three different rack units that all have the ability to saturate the audio signal: EMPEROR, SA2rRATE, and SATU8/24. How are they different from one another though?

EMPEROR and SA2RATE are indeed seemingly alike. Both add harmonic distortion and increase the RMS level of the signal. However, they have completely different designs.

SA2RATE softly smooths the peaks in a signal, adding harmonic distortion. It works a bit like a soft clipper, but in a very ear-friendly way, due to the small amount of high-order harmonics and minimal high-frequency distortion.

EMPEROR is a fast limiter. Even though it operates as an amplitude controller for the signal, a JFET transistor lies at the heart of the unit. EMPEROR can also introduce harmonic distortion to the signal. To make this possible, I deliberately added fast attack and release times, so that the incoming signal would modulate the compressed one. It’s great for bass guitar or vocals.

I talked a lot with many sound engineers about introducing distortion to audio. Generally the conclusions are that it’s best to add harmonics to individual tracks before mixing, hence the design of SATUR­8/24. There are 8 channels of saturation in one device. It allows for the creation of a powerful sound while preserving good dynamics, with no audible distortion.

Do your different products specialize in particular sounds? Does EMPEROR perform better on certain things than SA2RATE, for example?

While the Monster Compressor is a quite versatile device, SA2RATE and EMPEROR are much more specific. SA2RATE cuts the transients in the signal, introducing in their place low-order harmonics. It does a wonderful job, especially with drums, allowing you to greatly increase the RMS level. The type of distortion that SA2RATE adds sounds great with bass guitar too, making it sound more feisty and clear in the mix. Even when you distort it heavily, it’s still low and doesn’t become harsh to the ears.

EMPEROR works best with very dynamic sources, like vocals or a variety of acoustic instruments. You can quite significantly even out the signal and bring the sound closer. And if you need to preserve the original dynamics, you simply mix the clean and processed signal.

The Monster Compressor doesn’t seem like a subtle piece of gear at all. What does it work best on? All the Youtube tutorials show it being used on drums and nothing else.

I have to admit that most of my devices work best with drums. I’ve played drums for many years and have it in my blood. As for Monster, I know that it works miracles on the mix bus as well. Many sound engineers use it for that on a regular basis. However, I’ve heard that many use it for tracking as well. They’ve admitted that Monster is at the heart of their studio work.

I plan to record some more tutorials that show other applications of Monster, hopefully in the near future. 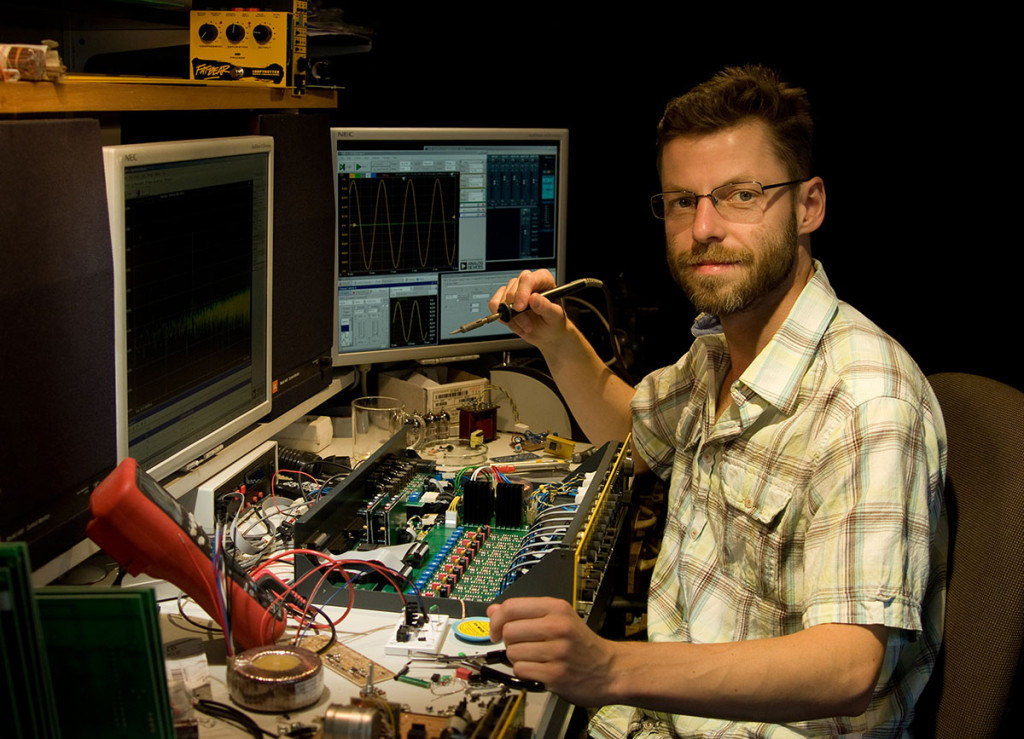 Monster is my first design. The tubes have their specific sound, but they also have some disadvantages, like wear-and-tear, huge power consumption and the demand for a complex adapter. The wear-and-tear part particularly is the most inconvenient thing for studio gear, which is why I decided to design a unit that works in a similar manner to tube gear, but is based on semi-conductor technology. The vision of installing eight such units in one 2U casing was naturally very tempting, which is what led to the SATUR8/24.

Regarding the differences in the sound, the tube saturation in Monster is harsh, while in case of SA2RATE it’s softer.

When I first read the Looptrotter website, I couldn’t understand why you were selling both Satur8ex and Satur8/24. Can you explain how these work together?

When it comes your 500 series products like the SAT500 and SATurAmp, how is their saturation different from the rack gear like Emperor?

I’ve endeavored to have both 500 and rack devices sound identical; the main difference is in the casing. Aside from that, the 500 system is cheaper to produce and has some more advantages. Among others, it gives the possibility of packing more devices into a smaller space. The key is to choose a casing with an efficient power supply.

You’ve mentioned in past interviews that you’re interested in building a console. Tell me about that.

Yes, I recently felt that I was finally ready for a serious project, which ended up being to build a console. This is a big challenge for me, and I’m very excited about it. I already have the block and functional diagrams ready, and I’ve consulted the best sound engineers who have vast experience with analog consoles. I’ve yet to see a console that has some of the options that I’ve designed for it thus far. This console will be based on modules in 500 format and those units will be available on particular channels, subgroups and the summing bus. There will also be saturation units on the subgroups and summing bus that were used in SATUR­8/24. I’ve already made printed circuit boards (PCBs) for particular channels and have designed the casing. I’m currently in the process of designing the master section.

In terms of the creative process, I came up with the block and functional diagrams first. Then came a design that determines what kind of switches and knobs would be best, after which I designed the electronic diagram, more PCBs and the casing. Most of the PCBs are handmade by me, which is very important, because only with an operating unit can you test different circuit solutions and hear what it actually sounds like.

I have no idea how long it will take to build it, as I never set any time-frame for my projects, but I secretly hope that within six months the console will become a real, fully operational unit. 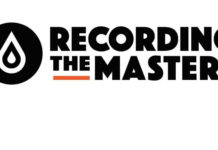