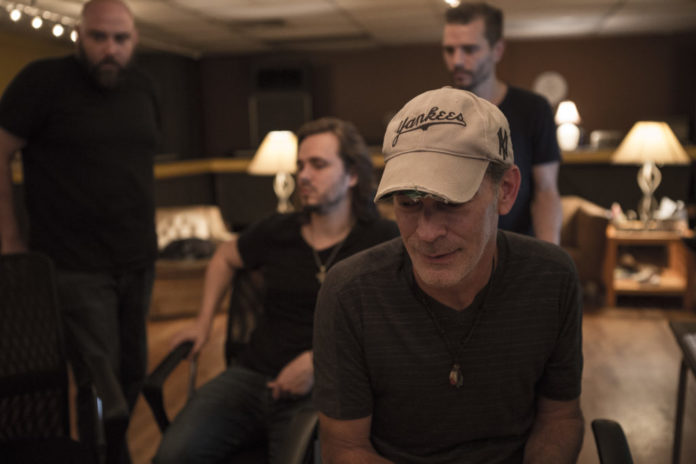 The alternative rock scene of the late 2000s produced a wave of both commercially and critically successful bands, from Daughtry and The Cab to Parachute and Augustana. Thanks to producer Greg Archilla’s work on Safetysuit’s 2009 debut album, “Life Left To Go” the band was added to the category of memorable artists from that period. However, his credits extend beyond Safetysuit to include the likes of Matchbox Twenty, all of which we discussed below.

Hi Greg. How did you become involved with creating not only “Life Left To Go”, but also the “Stay” EP prior to that? Where and how was that EP recorded and how did it differ from the debut album?

Someone brought me a prior demo that the band had done and I liked the voice of the singer, so I asked who the band was. They where known as “CREW” at the time. I set up a meeting with them through their manager and that’s how we met.

As for the “Stay” EP, we worked for a couple months in a rehearsal room on the songs, and then recorded them at Quad Studio in Nashville. We tracked in the “A” Room and did overdubs in the “D” room. Then we moved back into the “A” room to do some of the mixes.

Afterwards, I was involved in helping them secure a record deal with Universal/Motown, and was able to stay on as the producer for “Life Left To Go”. The EP versions of the songs actually made the album.

With a few albums in the rear-view, I think the widespread verdict is that “Life Left To Go” is the standout album from the band. It distinguishes itself as quite the classic alternative rock album of the 2000s. Can you walk me through some of the considerations that were taken for that album, as opposed to the band’s later ones?

Well thank you, I guess, haha. I can only speak to the “Life Left To Go” album. We did record through outboard gear and it was mixed through a console, not in the box. We tracked drums, bass, some rythym guitars and some vocals at The Tracking Room studio in Nashville. The overdubs were done in a few different studios, including, The Castle, Quad Studio and at my home studio, ChillHill.

We went through many songs that the band had prior to our meeting, in order to choose the best tracks that were already on the EP. During the build-up to the band’s record deal showcase, songs Like “Anywhere But Here” “Someone Like You” and ”Something I Said” where written and worked up. After we secured the record deal, we felt we needed more material and that’s when songs like “Find Away” “Annie” and “What If” were written.

We only considered making a SafetySuit record. I tried to capture what they where live and recreate the emotion and character of what they presented at the time. As for the bands records after “Life Left To Go”, I was not involved in the making of those records.

The reasons where good gear and good rates! As for the mixing, I went to Vancouver, Canada for that. We had Randy Staub mix the record up there at The Warehouse Studios, which is owned Bryan Adams. Then I came home and re-mixed a few tracks myself at Quad Studio. We had the record mastered by George Marino at Sterling Sound in New York. 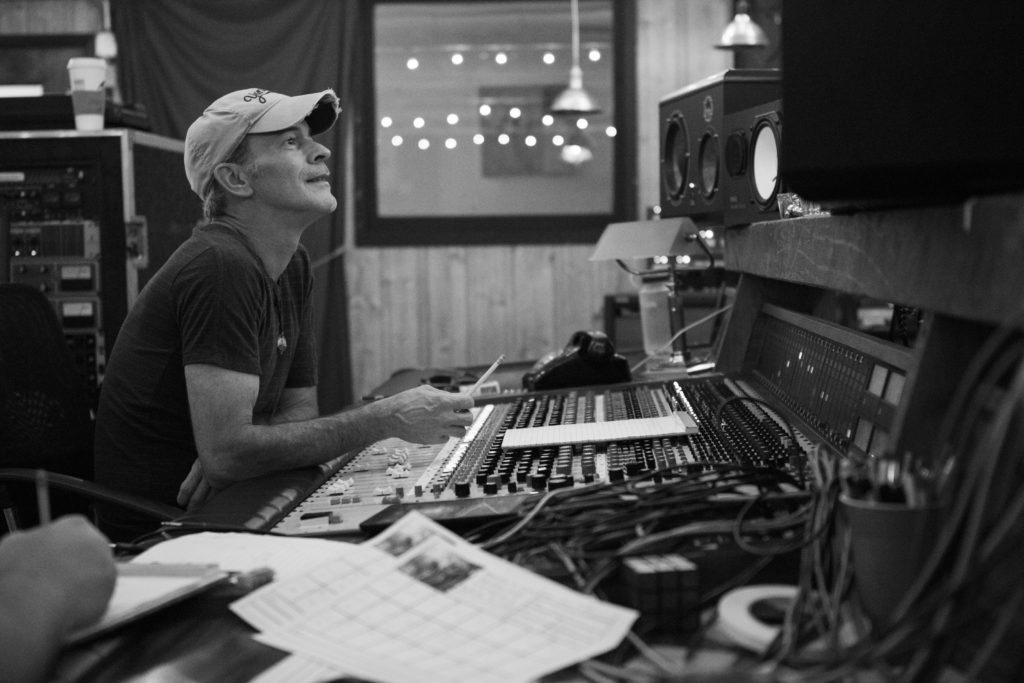 The guitar sound is exceptional on “Life Left To Go”. How was the wide stereo image and chunky sounds of the guitars attained?

We had a variety of cabinets in the tracking room, along with different amps and pedals in the control room. We would literally plug into each one of them to find the combination that worked best for each part.

As for mic’s, I usually use a Shure Beta57 and 58 and a Sennheiser 421 up close to the speakers and a U87 out in the room somewhere. I bus them all to one track. I like to run them through API or Neve pre amps. Across the bus is usually an 1176, used as needed for each part. Some parts are doubled and even tripled at times.

It’s hard to discuss every process of the mixing. Imaging came from panning things as wide as possible.

Can you talk about the mic choices for vocals and drums? Did you change models through-out the tracks?

I believe we used an old Neumann M49 for most of the vocals. We would change things constantly so as to not do the same thing over and over. We recorded drums in three different rooms. We recorded guitars and vocals in three or four different studios.

The reverb on the guitars and vocals are quite audible through-out the album. Do you remember what reverb units or plugins were used?

It’s mostly delays on the guitars. A lot of different verbs where used for vocals. Again, whatever worked for each song is what we used. I like the EMT 250, Lexicon 224 and 480 and the AMS reverbs, to name a few.

I’m curious to know if there was any digital processing used on the album, in terms of plugins, pre-amps or otherwise. If so, how would you say this impacted the sound of things?

In today’s environment, it’s hard to stay away from plug-Ins. We did try to create sounds naturally but there where definitely plug-ins used. As to the impact, I guess I’d have to leave that up to the listener.

Tracks like “Stay” and “Anywhere But Here” feature quite the lush string section. How did you accomplish that? Were they real or digital? Also, what were the considerations when mixing them?

The strings are real. David Campbell did the arrangements and we recorded them at BlackBird studios in Nashville.

The main mixing consideration was to have them feel lush while still cutting through the wall of guitars that where present. Strings are tough to mix in, as they can easily get too loud or too soft. It’s a fine line where to place them in most rock mixes.

How did you become involved with mixing Matchbox Twenty’s debut album and later projects?

Through working with Matt Serletic on the second Collective Soul album and also Edwin McCain’s single “I’ll Be”. He produced both those records and contacted me to mix the Matchbox Twenty record.

Where was “Yourself Or Someone Like You” mixed, and what kind of equipment was used?

We mixed the record at The House Of Blues studio in Memphis. It was mixed on a “G” Series SSL console, off of analog tape, and there was plenty of outboard gear to choose from. We had two 24-track Studer tape machines locked together and we printed the mixes to a half-inch analog Studer tape machine.

What were the expectations you had to deal with when mixing Matchbox Twenty’s album? Did those expectations change as the band got bigger? Were you ever in competition with other mixers for that spot?

I believe expectations are all dreams in the beginning. As dreams come true, expectations become bigger. It comes with the territory.

I think I was the only consideration to mix the first album. As the years have past, a few others have mixed records for them.

What can you tell me about projects you have in the works or that are coming out soon?

I also have a pop single coming out on a female artist named Jennafer Lynsey this summer titled “Face To Face” as well.

I’m always looking for new artist to help and be creative with. Feel free to send music and bios to: gregarchilla.prod@gmail.com 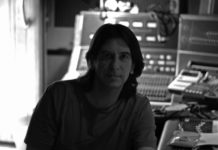