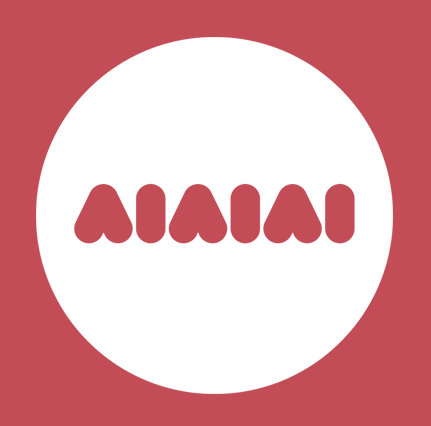 AIAIAI’s name might seem like a mouthful to pronounce but it actually sounds just like it looks. The Danish audio manufacturer came onto my radar last year thanks to their line of headphones. They’ve been able to enlist a variety of DJs, producers and labels to help with the making of their TMA-1 line, from Jay-Z’s mix engineer, Young Guru, to Beatport and Fool’s Gold. I reached out to one of their co-founders, Frederik Jørgensen, who also serves as AIAIAI’s Marketing Director, and spoke with me about the company.

– Hi Frederik. Can you tell me a bit about your background in the audio industry?

Well, there’s not that much background to speak of. Before we started AIAIAI, we were throwing parties. We had to learn about running a headphone company as we went along. I guess you can say that our background lies in the Danish heritage of audio engineering and industrial design.

– How did AIAIAI come about?

It started in an abandoned building where we made a creative nest for a lot of artists, designers, musicians, etc. We threw parties in this creative collective and wanted to work with something more substantial that could still embrace all of these creative perspectives. The result was AIAIAI. 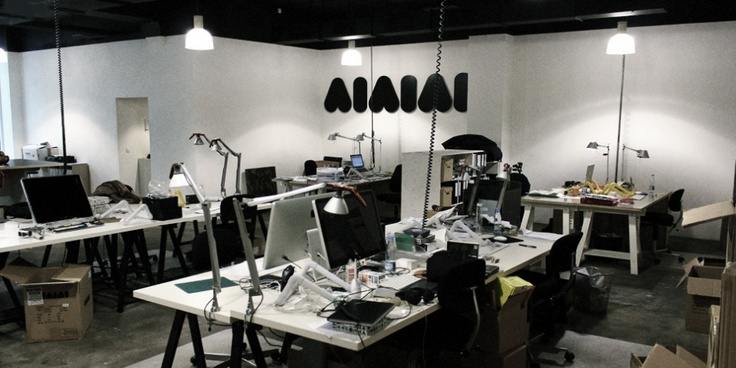 – AIAIAI was started around 2006. Have there been any structural or philosophical changes in the company over its seven-year existence?

We’ve grown up (a little). I guess you could say we’ve gone from being a part of the creative “underground” to being a more serious tech company with a creative edge.

– AIAIAI calls itself an “audio design company”, but most of its products are headphones. Are you guys going to solely focus on headphone products?

We like some degree of focus and headphones is what we’ve been inspired to create so far. But that said, we’ve got a few interesting projects lined up, but whether or not they will actually be realized is too early to say.

– I notice that your laptop cases, the Z-Sleeves, are gone from the online store. Is that product discontinued?

Yes. It went quietly into the night.

– I haven’t seen a lot of AIAIAI advertising. With so many different headphones brands out there, is there any branding plan AIAIAI has for breaking through the competition?

We’re very focused on creating awareness in unconventional ways. We communicate with people who are like us, i.e, bored with traditional advertising, which is why every campaign and social media initiative has to be unique and bullshit-free. We believe in creating something interesting and meaningful, and hopefully that will generate some sort of awareness through that.

– I’ve noticed how you put the logo of your headphones on the inside of the ear-cups, unlike most other brands. What’s the thought behind that?

We’re not really big fans of huge flashing logos, and we don’t want to ram things down people’s throats. We come from a design tradition that favors clean lines and minimalism – I guess we can’t hide the fact that we’re Scandinavians. We also like the challenge in the design process – we need to design something that is remarkable enough to stand out without a logo.

– Can you tell me about AIAIAI’s “Tracks”? Are these meant to be consumer or studio products? Also, how were you able to work with Kitsuné to create a custom edition?

They’re consumer products, and are our throwback to the old school Walkman headphones. Regarding Kitsuné, we’ve been fans of them for a long time and as it turned out Gildas Loaëc, the label head, liked our products. It all happened organically. 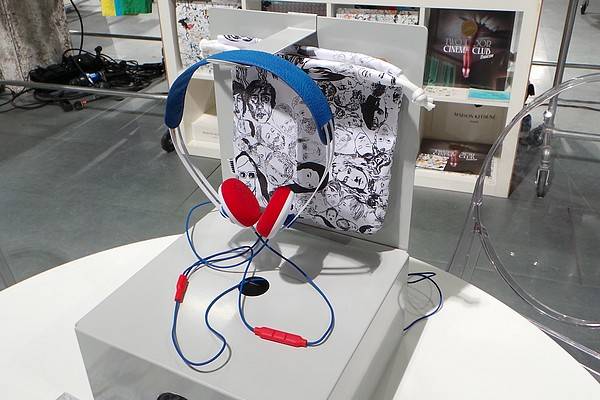 – What was the original concept behind AIAIAI’s TMA-1 headphones?

To make the best DJ headphone on the market, using the input of 25 of the world’s best DJs. It’s been an open-ended development process from the beginning, meaning that we wanted to work with the best people from all over the world to make sure we had as much input as possible.

– How and why did AIAIAI end up making so many models of the TMA-1s? From Beatport to Fool’s Gold, were all these parties involved in the creation process?

Neither was involved in the process of the original TMA-1, but they were all early users. From our point of view, they bring something to the electronic music world which we appreciate, and therefore they were interesting for us to work with. Regarding the individual projects we’ve done with these partners, it is always a collaboration, and we come up with the final concepts together.

– Your Young Guru line of TMA’s seem to be your most specialized to date. How did your relationship with him come about?

We’re fans of his work and saw the partnership as a way of reaching a broader and bigger audience without sacrificing the creative edge that we like to have in all our projects. To put it bluntly, we wanted to work with a sound engineer that we admire, and grow without selling out.

– How long did it take to develop the Young Guru TMA’s and what part did Young Guru have in that process?

Way too long. But we’re very thorough and think a product should be perfect before it hits the market. Young Guru was an integral part of tuning the new sound design – which is why it’s called “Engineered by Young Guru“.

Guru is a busy man with a lot of projects going on, so his time was scarce. But when we had him, he was great to work with. He’s an extremely talented and inspirational man who gave us a lot of new insight.

– You seem to have different models of the TMA-1’s and the Tracks, but only one model of the Capital. Why is that?

We actually do have some editions of the Capital – we did a project with Danish skate label, Alis, and have a few ongoing talks for future projects as well.

– I’ve heard some people talk about how durable your headphones are. How much emphasis do you put on that?

Some of the most important input we got from DJ’s during the development was regarding durability. All testers agreed that durability was one of the most important things, and we spent a lot of time creating a design with few parts and joints in order to avoid weak spots. Unfortunately, we had a malfunction in our production process last year which resulted in very weak headbands – one of the worst things that could happen because we know how much this affects our users. We have definitely learned from this and have heavily increased our engineering.

– What are the most positive kinds of feedback you’ve received from customers for your products?

Well, there was a woman on our Facebook who appeared to be having a sexual experience over the sound of the Tracks headphones.

– Out of all your products, what would you say has been AIAIAI’s best-seller thus far?

– What can be expected from AIAIAI in the future? Any new products on the horizon?

During the next six months we will present some very interesting, completely new concepts for headphones that we have been working on for three years.