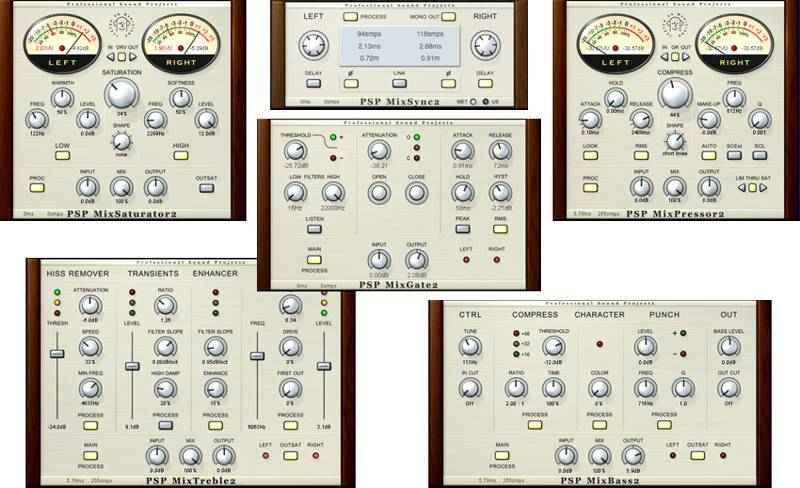 PSP Audioware is a software company that have become famous for their VintageWarmer plugin, a somewhat revered piece of digital equipment that is both used and abused in today’s music. Based in Poland, much of PSP’s product line is no less alluring than their VintageWarmer, so I was happy to have the chance to chat with the company’s main men, Mateusz Wozniak and Antoni Ozynski about their creations.

Hi guys. How did PSPAudioware come about? And why the name “PSP”, which is reminiscient of a handheld video game console?

Mateusz: I grew up surrounded by music and was always interested in new technology and recording. I got into the world of digital audio algorithms, by studying computer science.

“PSP” stands for Professional Sound Projects. We established our company and its name long before PlayStation Portable appeared on the market. Later we also realized that “PSP” stands for the National Fire Department in Poland (laughs).

Which people work at PSP? Is it a big company?

Mateusz: The core of the company came about because of the relationship between Antoni and myself; we’ve known each other since our high school days. We have several other partners that we work with, who are mostly our Polish colleagues.

What was the first product that helped PSP become known in the plugin world?

Mateusz: Although our first commercial products where the StereoPack and MixPack, our best selling and most popular product is the VintageWarmer.

How do you feel about the kind of competition that PSP has in today’s plugin market?

Mateusz: The market is much more crowded than when we started. From the user perspective, more variety is good. But we would rather not treat our competitors as enemies. We have very good relationships with most of the plug-ins companies out there.

What were some challenges that PSP faced in its growth?

Mateusz: The sound quality was probably the most important factor that encouraged our customers to spread the word about us. However, there are always many technical issues, as well as hard decisions to be taken on the next project that we choose to focus on, and many other things we have to take think about in order to stay relevant in the market.

As far as marketing goes, word-of-mouth seems to be working very well for you guys. Is this a conscious move on PSP’s part, rather than to use banner ads or Youtube ads?

Mateusz: Going this way was partly a conscious decision, yes. We try not be aggressive towards our customers in the way we do our marketing.

Antoni: Our credo is, “It’s the sound that counts “. I believe (or at least I want to believe) that most people who work in the recording business can hear, so people should trust their ears. Each of us has his own taste and needs, so your ears are the best judges.

I haven’t seen you guys reach out to popular engineers to endorse your products. Is that also deliberate?

Mateusz: We prefer to stay on the good side of our precious customers, rather then to hire famous guys just to ring them in for us. 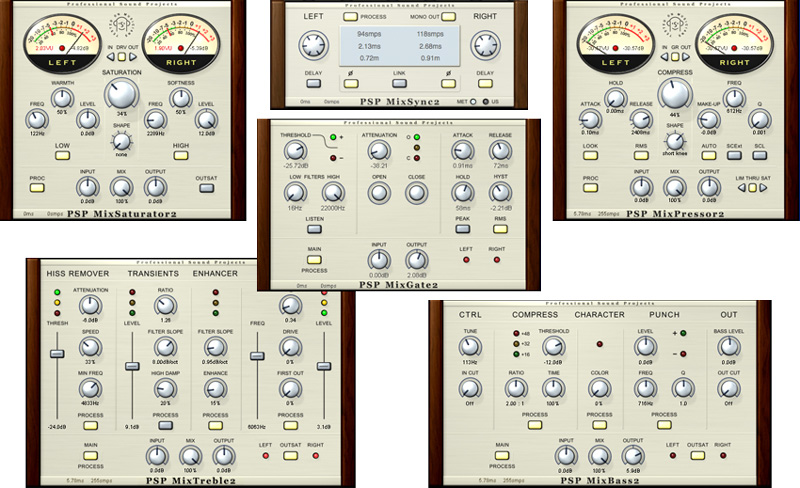 Do you know of any professional mixers or producers that make use of your products?

Antoni: Yes, you can find our products in a lot of studios around the globe. Among our users you will find Hans Zimmer, Peter Gabriel, BT, Bob Ludwig, Chris Athens and Bob Katz, just to name a few.

Given that the PSP has been around for over a decade years, why haven’t you guys expanded your staff and brand into something more corporate?

Mateusz: I think we still want have a fun of running the company our own way. Personally, designing the plugin’s functionality, GUI and algorithms is a challenge I enjoy.

Are there any plugins that you’re particularly proud of? And were there any challenges that you had to overcome to make them?

Mateusz: Most of our plug-ins required us to find solutions that were unfamiliar to us. For instance, by working on our equalizers, we discovered that it was necessary to use a certain kind of oversampling to deal with digital filter issues we encountered. That kind of challenge-solution mentality has accompanied us from the beginning.

With regards to plug-ins that we’re especially proud of, there’s the VintageWarmer, oldTimer, RetroQ, preQursor, and MasterComp. Each of them utilizes our own solutions that are inspired by good-sounding gear, but they aren’t clones of that gear. They simply sound good in and of themselves.

Let’s talk a bit about specific products. I’ve heard some people ask why PSP would bother making a metering plugin like 2Meters. Most DAWs come with metering functionality, so why bother making a plugin version?

Mateusz: There are several reasons to provide classic meters like PPM or VU. One of them is the legacy that the fathers of recording have created and the way they worked. Normal digital meters are great for keeping the signal just below 0 dBFS, and some modern metering plugins are great for accurately controlling the perceived level, but old style VUs and PPMs are still good for people who can read them.

There’s also a fun-factor behind using such meters. For me, they somehow make the working process more pleasurable when the needle smoothly leans from left to the right with the music’s flow.

You’ve been releasing quite a few tools and effects plugins lately, like X-Dither and Echo. How have these been received?

Mateusz: Each of those plug-ins was made for different purposes and were found to be useful by different groups of our customers. So in their own way, they all succeeded.

How do you feel about the legacy that the VintageWarmer has created? Does it ever bother you that it might out-shine your newer products?

Mateusz: There is absolutely nothing wrong with it. We are glad when we meet people who have chosen to use the VintageWarmer. It’s still a powerful tool for many engineers and should be a part of the first-aid kit of every serious mixer, in my opinion.

Can you share stories of how the VintageWarmer has been used in mixes, or how to avoid abusing it as many people have reportedly done?

Mateusz: I can only share my personal taste of settings which can help give a track the kind of sound I remember from recordings of my childhood. On individual guitars, vocals or drums you can try a preset called “Track Tape Fast”, then try to set the “Knee” to a value that works for your track, and then probably lower the “Mix” to something like 50-70% to prevent from overdoing it. And please don’t put the Vintage Warmer everywhere on your mix, as it can easily make the mix too dense. Putting it on selected tracks or groups make the best impression.

Given the number of PSP products, would you say that certain plugins are replaceable with other ones. Does the MixPressor2 achieve the same thing as the BussPressor?

Mateusz: Of course one can say that we have several compressors and equalizers, and that they are probably just newer versions of their predecessors, but it isn’t true. The MasterComp, BussPressor, MixPressor and oldTimer where not only designed at different times, but where also developed with different aims in mind. They work, sound and are also operated in a very different way. I still prefer the sharp sound of the MixPressor for some purposes while some others would require the transparency of the MasterComp or warmth of the oldTimer.

Similarly with PSP ConsoleQ and ClassicQ. They where created at the same time but the goal was to provide a variety of EQs which would differ in sound, settings, features, etc. I’m keen on using ConsoleQ whenever I have to quickly to set up an EQ for a track, or I would use the ClassicQ to recreate the sound of a British EQ with a bit of pre-amp emulation. Or I’d choose the PSP preQursor if I wanted something that sounds like a classy analog EQ, or the PSP RetroQ on the buss or master, just to add some air to the mix.

Virtually each of them is unique not only in its look and operation, but mostly in its algorithm and sound.

What’s next for you guys in terms of plugins? Or even hardware. Will you ever branch into that?

Mateusz: You never know. We still have a lot of ongoing projects for our future plug-ins. I hope to release some of them this year.