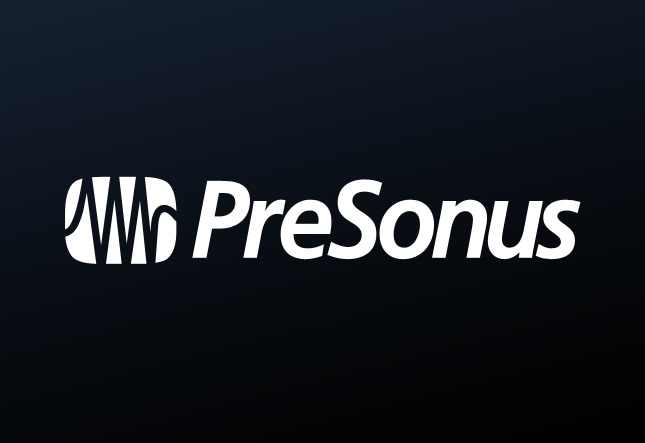 It’s not easy to find success with a new DAW in today’s overcrowded market, but PreSonus have successfully made a name for Studio One, which was released in 2009. It advocates things like ease-of-use and a fast workflow, and the response from the audio community has been quite positive. But in order to hear from the company itself, I took the chance to speak with their Quality Assurance Tester at the recent NAMM show, and threw a few questions about Studio One his way.

Hi Dominic. Can you tell me about your position at PreSonus?

I’m a quality assurance tester, as well as someone who helps out with upper-level support, which means I get to answer a lot of tough questions about Studio One from our users. I also work with inter-operability tasks, which means that it’s my job to make sure that all of PreSonus’ software works with our hardware.

How did you get into using Studio One as a sequencer?

I was able to obtain a beta copy of Studio One in 2009, though I was mainly a Pro Tools user at the time, freelancing as an engineer. A lot of my clientele also used Pro Tools. It wasn’t until I started working with PreSonus that I better understood how easy to use Studio One is. So I began using for my work in 2011. Even if I got files that were from a Pro Tools or Logic session, I would just transfer them into Studio One.

Was there a specific moment when your realized that Studio One was going to be your new DAW of choice?

I was working for a video game company that shared a building with PreSonus. One of their guys came to me and said, “PreSonus is developing a new software called Studio One. You need to check it out! “. I was like, “But I’m into Pro Tools and Reason “. But the guy kept insisting, “It’s got drag-and-drop and all these cool features “. So I decided to get a beta copy and test it out, and maybe help them develop it.

One of the things that really piqued my interest about it was the inclusion of a mastering suite. I didn’t have a solution for that before, and it just so happened that a R&B project I was working on needed mastering, and I was able to use Studio One for it.

How do you think Studio One measures up to other DAWs?

The workflow is so much faster in Studio One. In another DAW, if you want to load up a VST instrument, you have to make an instrument track, go through a long list to find the VST you want, instantiate it and then record-arm the track. In Studio One, you can just grab the VST from the browser, and the program will both instantiate it and arm it for you. That’s three steps in one motion. Things like that make it easier to work, and I can avoid losing my concentration on the musical idea I have, since I don’t have to mouse around and look through menus. It’s far more intuitive to just click-and-drag, and have the instrument set itself up.

Is there any cause for concern when PreSonus has to release so many updates since 2009, rather than just make a new version?

It’s only gotten better with each update. For example, we introduced comping in 2.0, and then modified it 2.6, based on user feedback. So I don’t think our updates have led to any compromises.

One of the things that stands out in Studio One is its integration of Melodyne, which I’ve only seen in Cakewalk SONAR. How did that come about?

It took some time for us to come up with the ARA integration technology, which is what enables Melodyne to be integrated with Studio One. ARA is compatible with other plugins as well, but Celemony were the ones who created it, and we were the first ones who partnered with them to bring that to the public.

The feedback for it has been great. The previous workflow involved exporting your audio into Melodyne, which was a stand-alone program, forcing you to work outside of the context of the song. Then you’d have to import the processed audio back into your DAW. In Studio One, you can have Melodyne analyze the audio by pressing two keys, and you can either run it in real-time or render it. So it drastically improved upon the previous workflow. Many of our users have been impressed by that, because they know what the old method was like, as opposed to this new ARA-integrated method

Are there any plans to use ARA technology to integrate other plugins into Studio One?

Yes, there have been some hints of how we can use ARA with other plugins.

Do you feel that Studio One’s native plugins are able to stack up well to the best third-party ones?

Definitely. The Pro EQ and Compressor are bread and butter for me. The Pro EQ even has a “high quality” mode that you can engage,and also has an FFT and Spectrum Analyser so you can get visual feedback on the audio, which helps with making adjustments.

Open AIR is an awesome convolution reverb, and I’ve been able to download impulse responses from the Internet to use with it, in addition to using the ones that come with it. You can even make your own impulses for it.

You mentioned the mastering suite. It’s a signature feature of Studio One, but has also received criticism for encouraging people without mastering expertise to use it recklessly. How do feel about that?

Well, the tools needed for mastering are already available to the public, so what we’re doing is facilitating the process for people that want to do it themselves, which I think is great. However, people need to educate themselves on what it really means to master a record. Having a mastering suite and plugins doesn’t make you a mastering engineer. But being able to integrate this as a final step of your workflow is an awesome thing, I think.

Are there any tools within Studio One that have been created specifically for mastering purposes, other than the suite itself?

Not really. All of the plugins are for both mixing and mastering. However, the Pro version of Studio One comes with a multi-band compressor, which is useful for mastering purposes. It also comes additional audio analysis tools that make the mastering process easier.

I’ve read a lot of talk about Studio One’s audio engine, which advocates of the program say possesses a superior engine to that of other DAWs. What can you say about that?

It’s not easy to quantify, but there’s some evidence in the fact that you can push Studio One’s channels, and even the master buss, to an extent where your eyes might tell you that the sound is clipping, but your ears don’t hear it. It has the ability to accept hotter audio levels thanks to the audio engine’s headroom, which means that you can get a certain sound from it without distorting things, and that’s a testament to the quality of the audio engine.

Have there been any recent stories of engineers or mixers who have moved from their previous DAWs to Studio One?

I hear testimonies all the time, even here at NAMM. Sinbad was at our booth yesterday and said, “I’m convinced. I’m switching “. Once they see Studio One’s ease of use, and how fast it works, the software speaks for itself. So it’s mainly a matter of getting it into people’s hands and letting them use it. We also work hard to put out tutorials and educate people about it.

We’ve also heard testimonies of people who tried the software, but didn’t know what to immediately do with it. That could be due to a lack of an engineering or production background, but once I show them what they should be focusing on, they understand immediately.