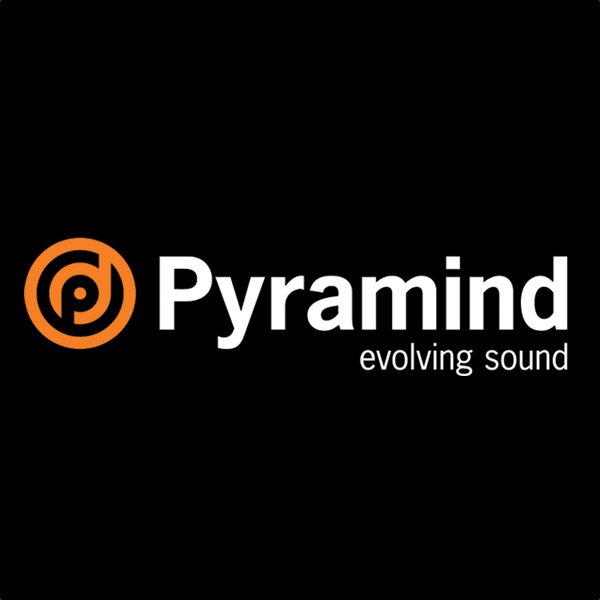 Clint Bajakian is currently working at Pyramind in San Francisco, but his career has seen him from the likes of Sony Entertainment to LucasArts. With Pyramind’s growing name as a destination for music education and audio work for games and films, getting to chat with Clint about his work and workplace was great opportunity.

– Hi Clint. Thanks for talking to me. Can you tell me about your background and experience in the music industry?

Sure. I took up guitar in high school and soon thereafter met a guy called Michael Land, with whom I became close friends and band-mates. Thanks to a phone call to my parents in 1981 from a liberal arts program at Northwestern University, my dad gave me a shot and supported my study at the New England Conservatory in Boston. I graduated with a double degree in classical guitar and music theory in 1987, with a focus on composition.

Once I completed of my Masters degree at the University of Michigan in 1991, my old friend Michael Land, who’d become Audio Director at LucasFilm Games, gave me a call. He explained that the new PC soundcards needed several hours of music per title, as opposed to the previous ones that only needed several minutes. So I took a contracting job at LucasArts in San Rafael, California, and my fiancé and I moved here permanently, embarking on a nine-year career at LucasArts of composing music, designing sound, and working with Michael and Peter McConnell to build out the sound department.

Most of the games we scored at LucasArts were in the classic adventure genre. Titles like Star Wars: TIE Fighter, Star Wars: Dark Forces, Monkey Island, and Indiana Jones required a great deal of thought and experimentation to get right. It was the “wild west” era of game audio, where you gained ten yards using a combination of proprietary and off-the-shelf tools, and lost seven yards to crashes and inefficiencies.

– What happened after you departed LucasArts, and why did you leave?

Michael and Peter departed LucasArts in 2000 to pursue a start-up of their own and I was appointed Director of the sound department. However, I resigned three days later when I realized the administrative requirements would likely prohibit me from continuing to be creative. So I founded my own company, CB Studios, that later went on to become Bay Area Sound when I partnered with LucasArts veteran Julian Kwasneski.

In 2004, I approached Chuck Doud, Director of the PlayStation’s music department at E3, seeking to demo for one of his projects. He informed me of a new position he was creating to help revolutionize Sony’s approach to game scoring. Our talks led to me joining Chuck for that position for the next six years, working with an eighteen-person staff.

– Interesting. How did you end up at Pyramind following that?

I wanted to return to my core focus of music composition. Despite nine years at Sony where I was involved in projects like Uncharted and God of War, I was always working on the music of other composers. Considering my past decade of conservatory training as a composer, I wanted to transition back to composition as my main focus. So in 2013, I joined Greg Gordon and the sound team at Pyramind Studios. Since joining, I’ve written different kinds of music, including a portion of Blizzard’s upcoming World of Warcraft: Warlords of Draenor, along with other projects I can’t yet discuss.

– Could you elaborate on what kind of institution Pyramind is?

Sure. Pyramind is a San Francisco-based corporation comprised of two divisions: Pyramind Training, which provides learning for music and audio producers, and Pyramind Studios, an award-winning audio production company that specializes in sound for AAA and mobile games, as well as interactive technology. Students come from all over the world to study at Pyramind, and Pyramind Studios provides creative services to many of the biggest names in the video game and high-tech industries. 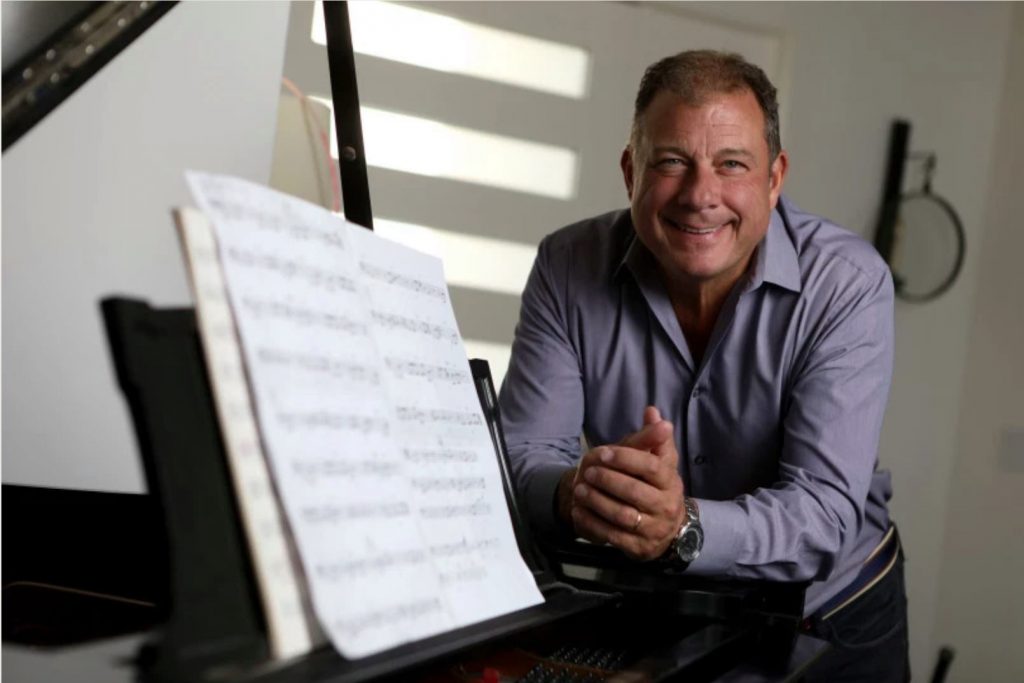 – Can you talk more about Pyramind’s facilities and how the two divisions of the company interrelate?

Pyramind’s founder, Greg Gordon, and his business partner, Matt Donner, have been refining this model for over ten years now. Pyramind’s facilities occupy two buildings in the heart of SoMa, San Fransisco. The majority of the training operations are run out of the 832 Folsom Street space, which houses a large training lab, event space, recording studio and administrative offices. The other building, 880 Folsom Street, houses our services team, along with composition suites, three studios for music production, sound design, mixing and mastering, including a 7.1 Meyer Sound Cinema Surround System theater and sound stage.

One of the most exciting ways the two divisions interrelate is the fact that students come here to learn about music production, but right next door we have music professionals doing just that, so Pyramind has a built in real-world example of their field of study. This provides a valuable resource to the students as they get access to professionals and can increase their knowledge through conversations and internships.

– What skills were you able to add to the Pyramind team when you started working there?

My 23 years of experience composing and producing was a leading factor in my being here. Moreover, I gained a majority of this experience working in-house at leading developers and publishers, giving me an inside track in understanding how developers operate. Beyond that, I’ve been active in other aspects of the game industry, like being as a founder and board member of the Game Audio Network Guild, and as a frequent lecturer at schools and conferences. I’ve gotten to know many people throughout the world of video games, film music and education, which is a strategic plus to the organization. And of course, my creative strength as a composer helps Pyramind deliver great music.

– What are your daily tasks as Creative Director at Pyramind?

I work closely with my composition colleague, Jeremy Garren, at times sharing in scoring projects and at times working separately. I also work closely with Mike Forst, our production manager, to help set strategy for the projects we have ongoing. My work with Greg Gordon has mainly been in music production and business development strategy. We all communicate with at least a few clients about projects everyday, and we also engage in composition, sound design and voice-over production. Much of our workflow resembles that of an in-house sound department at an entertainment studio, and part of our mission is to serve as an extension to companies with existing audio departments, or as the defacto audio department for companies with no internal audio resources.

– What does the “Creative Director” part of your job entail?

We’re a fluid team where responsibilities and roles shift a great deal from person to person. It’s actually similar to how the teams operated at Sony and LucasArts. The title is really just a combination of two qualities: creativity and seniority. I can help provide leadership and know-how in the field of game audio development. Ultimately though, given how talented and capable everyone is at Pyramind, there’s really no need for me to “direct” them in creative matters. Instead, we offer each other feedback regularly in the course of our work.

– Can you tell me about the audio infrastructure Pyramind Studios has and how it’s been used of late?

There are numerous mixing and editing suites at Pyramind but the main room is “Studio A”. It’s a 1000 square foot control room with a high ceiling, 22-foot projection screen, Avid D-Command desk, lots of outboard gear and a Meyer Sound 7.1 surround system. The room was tuned by master acoustician Bob Hodas. The recording space is 500 square feet with a high ceiling and a foley pit, which is perfect for drums, bands and smaller chamber ensembles. Recently we recorded several bands for Microsoft and Insomniac’s Sunset Overdrive, featuring original songs that were written by Greg Gordon. Over 150 minutes of original rock and electronic music were produced for that title.

All the music I recently composed for Blizzard’s upcoming title World of Warcraft: Warlords of Draenor was mixed and mastered in Studio A and other suites at Pyramind. We recently recorded a chamber ensemble for Double Fine’s “Broken Age“ in “Studio A”, along with a collection of soloists for the Turkish film, The Antidote. All the mixing and mastering for “Sunset Overdrive” was done in Studio A as well. We also have a vocal booth in “Studio B” where massive amounts of voice-over is produced for both the video game and high tech industries.

– Can you share any interesting stories about your past work with LucasArts?

There’s so much to say about the work we did in the Star Wars universe. Naturally, we looked to the music of John Williams and learned a lot from editing his film scores for our soundtracks. The final result often comprised of hundreds of music clips assembled in real-time as the game unfolded.

We occasionally interacted with sound designer Ben Burtt, especially on The Phantom Menace. As the game was released simultaneous with the film, we needed access to Ben’s sounds that he created for the film, which was a fun collaboration.

“Indiana Jones” has a special place in my heart; my first meeting in the video game industry was with “Indiana Jones and The Fate of Atlantis” director, Hal Barwood. Peter, Michael and I shared the composition on “Fate of Atlantis“. While I loved doing the entire score for “Indiana Jones and The Infernal Machine“, my favorite score was “Indiana Jones and The Emperor’s Tomb“, which I scored in Seattle with the Seattle Sinfonia at Bay Area Sound. I had to leverage almost my entire fee to hire the orchestra, as LucasArts had a minimal budget for musicians. Something went right, as the score went on to win four G.A.N.G. awards in 2003, including “Music of the Year”.

– What’s been the most extensive project that you’ve worked on in your time at Pyramind?

The choral-orchestral music I scored for “Warlords of Draenor” would be the most significant project I’ve done in the past six months. I contributed 21 minutes of original score and 65 minutes of derived score as a member of the composition team, assembled and led by Blizzard’s Director of Audio, Russell Brower.

– Thanks for talking to me Clint. It’s been a great chat. Can you tell me anything about your upcoming projects?

I’m especially excited about two projects, both of which I can’t say too much about yet. Jeremy Garren and I are sharing a chorus and orchestra score for the first one, which is a fantasy game – probably my favorite genre to write in. The other project is scoring for a famous property that I’ve always loved. I still can’t believe I have the privilege to write music for this iconic universe. So things are exciting for me right now. 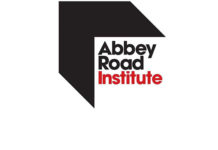 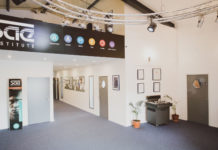 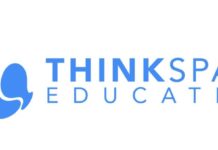 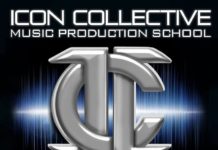