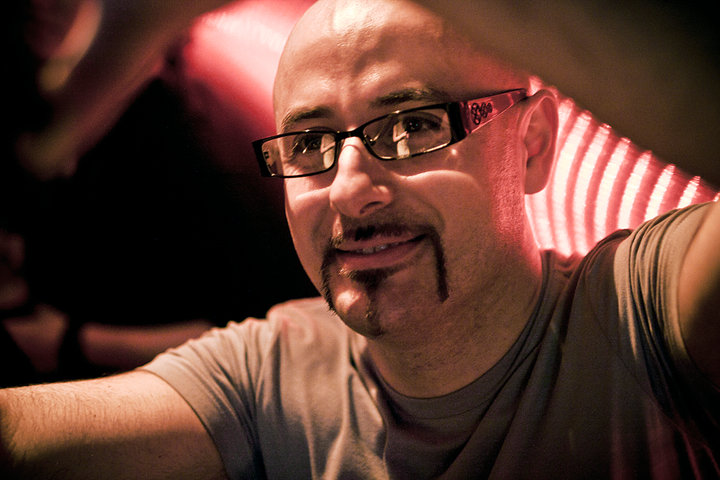 Whilst Native Instruments and Scarbee tend to make waves in the world of virtual instruments, it’s worth noting that Pettinhouse has been around for almost ten years, providing its own version of such products. This Italian company, operated by Andrea Pettinao, has it’s own range of playable guitar libraries that range from acoustic to electric. They even sell ukulélés. After having purchased and used his flagship DirectGuitar plugin, I had a chat with Andrea about his company.

Hi Andrea. Can you tell me a bit about your music background and how you got into creating audio products?

It all started with my family; my father was an opera singer and a hifi gear collector, whilst my older brothers were DJs at radio stations and clubs. I started playing piano when I was thirteen, guitar at fourteen and later the bass and drums. But my passion was more about creating sounds than learning how to play musical instruments.

At the age of fifteen I had my first keyboard, a Yamaha PSR-6. One day I opened the PSR and accidentally dropped a screwdriver into it whilst it was switched on, and it fell onto some of the pins of the electronic chips. I was worried that I had destroyed it, but when I pressed some keys, I heard strange noises coming out from it. Through this, I discovered that touching certain pins of the chip inside a keyboard could create new sounds through circuit bending.

The Roland U-20 came after that. It was a limited keyboard without any particular synth abilities, but I discovered that lowering the transpose and the pitch-bend all the way down gave me the ability to produce odd sounds with that synth, which when layered with other patches created completely new sounds.

Finally came the era of computer music, and thanks to the advent of new technologies, I was able to expand my skills and started collaborating with keyboard producers like Ketron and Roland in 2001.

Can you tell me about Pettinhouse and the kind of products you make?

Pettinhouse produces innovative and usable guitar, bass and drum sample libraries for Native Instruments Kontakt. It’s made for producers, songwriters and soundtrack composers to allow them to quickly achieve the sound they need. I come from the Apple computer philosophy where everything is minimalist and easy to use, so I believe that a sample library should inspire you to create music and to help you maintain a continuous flow of production. 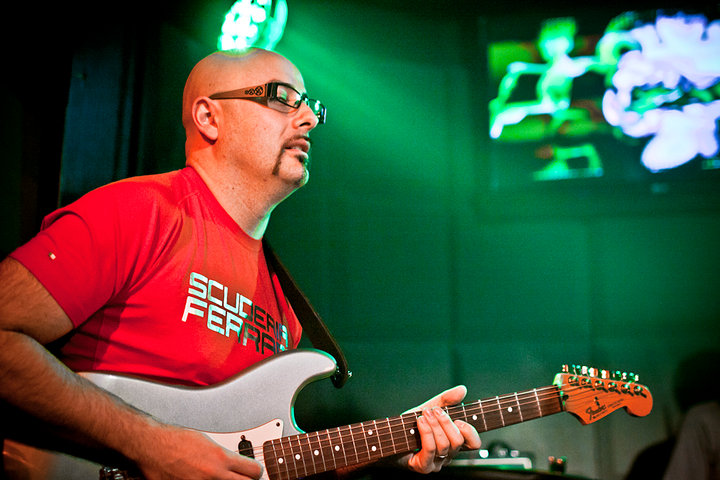 What process led to the creation of Pettinhouse’s guitar libraries?

In 2001, I was working for Ketron and Roland, making new sounds for their keyboards, and that became the hotbed of Pettinhouse. I started experimenting with Kontakt 2, and in 2002 I ended up accidentally creating the first version of DirectGuitar, which was the jazz patch. I also discovered the Amplitube plugin and I asked to myself, “Why not create a sample library recorded with a Stratocaster DI into an audio interface and then apply the Amplitube to it? “. So that’s what I did, and it allowed me to shape the sound as I wished in the plugin.

On March 27th, 2006 I decided to share all my free experimental patches online that I had made years before, and those patches for Kontakt are still available to get on the download page of Pettinhouse’s website.

I have to give thanks to the kind responses from the people on forums like KVRaudio and VI-Control, who supported and encouraged me to create the rest of the patches for DirectGuitar 1.0.

With companies like Native Instruments and Scarbee having created a name for themselves with their virtual instruments, do you feel like the competition in this field is tough for you?

No, not at all. I’d rather see them as resources and points of references from which to take inspiration; they’re not my competitors. Native Instruments is a very big company compared to my one-man efforts. The company has two branches in Berlin and the US, with lots of employers. I do everything by myself, from the libraries and videos to the GUI, my website and customer response, so it would be crazy to want to compete with Native Instruments. I prefer to work with them on collaborations. For example, in 2007 I worked with them to create guitars and basses for Kontakt 3. I think my sounds are still on the current library of the new Kontakt.

Thomas Skarbye from Scarbee is not my competitor, but a friend. I don’t like to call people that do the same job as me “competitors”. I’m in touch with them, we exchange opinions on forums, we discuss many aspects of our work in Facebook groups, via email, and sometimes we meet in NAMM or MusikMesse. Their clients are my clients. Who has only one drum library? Or only one guitar library? Everybody has more than one library from different developers and we all use whichever is necessary for our needs at the time.

Though your products are of good quality, there doesn’t seem to be very much marketing for them, whether in the form of online ads or sponsorships. Why is that?

Well that’s true. As an Italian, I must say that I’d prefer to relax and drink an espresso, rather than work on such things (laughs). Just kidding. As I said, before I’m a one-man band here, plus I’ve got other musical projects to follow. I work mostly with my loyal customers that I’ve had since 2006, and my philosophy in life is, “If I have what I need I don’t need more “.

Can you tell me a bit about the process of creating the following Pettinhouse products?

This was created with a Fender Stratocaster from 1982 with alnico single coil pickups. 10 GB of samples were directly recorded at 24 bit/ 96 kHz straight into the audio interface to get dry samples that can used with an amp simulator. It includes all the pickup combinations, plus a patch that utilizes the neck pickup with the tone knob at 70%, in order to get a darker sound for playing styles like jazz.

Over the years, I’ve created 10 Kontakt patches that have everything you need to quickly create a great virtual guitar track. DirectGuitar has around 7000 samples which were meticulously selected from a list of 14,000 samples in order to get the best pick and sustained notes.

AcousticGuitar was created with a Spanish custom guitar from the 80s. 5 GB of samples were recorded at 24 bit/96 Khz with custom microphones and pre-amps from Pettinaudio.com, which is run by my brother, an audio-geek, though we’re working on it together.

AcousticGuitar was recorded through four microphones, such as stereo pairs and binaural mics. It has alternate samples per key, which are pick, upstroke and downstroke, and comes with three patches: finger, pick and strum. The strum patch can generate chords based on what you press on the keys. This way you’re not limited to fixed chord recognitions, and can strum whatever you want, from two notes to chords to chromatic chords.

WarmjazzGuitar is directly recorded dry straight into the audio interface, and is meant to be used with an amp simulator too. It has 2GB of samples at 24 bit/96 kHz, recorded with an Ibanez Hollow Body jazz guitar with Humbucker pickups. These pickups produce warm, full-bodied sounds with great dynamics. It has alternate notes, a velocity layer and a set of articulations with key switches that are made for playing jazz.

Tell me about your drum kit library. Are they made from real drums that were sampled, or are they programmed from drum machines?

This is my favorite library! I love it and still use it in my productions. It’s the oldest Pettinhouse library and was started in 1999. It was made by recording real drums with an SM57 mic, as my intention was to recreate the retro sound from 70s disco music. This is a library that I would like to upgrade as soon as possible, as I’ve now got enough material to create a new drum pack.

Have your products sold well over the years? Which one has been the most commercially successful for you?

Yes, though not all products of course. Some sell more than others, but generally speaking I’m satisfied. Libraries for rock, funk and pop are obviously the best sellers on the market. Libraries such as LittleGuitar and UkuleleGuitar are less successful, only because they’re made for specialized genres. The most commercially successful products from Pettinhouse are DirectGuitar and AcousticGuitar.

Do you have any plans to create more virtual instruments in the near future?

Yes! I’ve got a list of several instruments which I hope to record in 2015 and this includes new ways to play guitars and bass on keyboard.