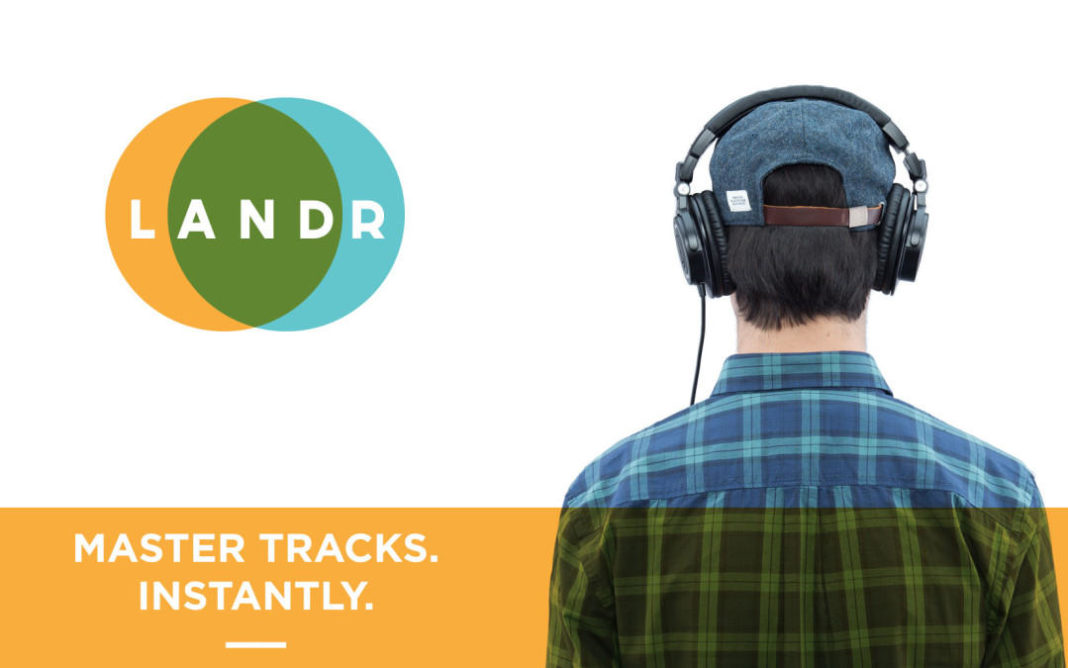 LANDR is an online cloud-based mastering service that has taken the audio world by storm since its launch in May of 2014. It offers the opportunity for users to have their music mastered online through the process of drag-and-drop, and only takes a few minutes to deliver a final product. Below you can read my interview with Justin Evans, COO of LANDR, where I ask him some questions about the company and their work.

Hi Justin. How did you got involved in audio, and how that has evolved into working with LANDR?

Music is my first passion. I’ve been in the world of music for many years, first as a musician, and then moving on to other things like live sound, designing sound systems, running an indie record store, DJing, etc. My other passion is working with Internet content, which has led to me to work with successful start-ups, as well as a marketing agencies. So I’ve bounced between music and Internet stuff, and LANDR finally gave me the chance to merge those two, which is exciting.

Can you talk about your current role at LANDR?

I co-founded LANDR and have the title of Chief Creative Officer. The great thing about our recent funding round is that I’ve been able add great people to my team that I’ve always wanted to hire. Our current team is responsible for overseeing the creative focus of the engine, as well as brainstorming ways to improve it. The design team, UI people, art directors and social media staff all report to me, so I function as the central node that unifies and aids in the vision for those things.

I have phenomenal people leading each of those divisions. On the social media side there’s Rory Seydel, who handles 90% of that. Margaux Fraisse is our art director, and is in charge of LANDR’s visual components. Daniel Rowland is our Senior Audio Engineer. He works with Adrian Belew as well, having been a part of the main creative team behind the Flux:FX app they put out last year.

Having really brilliant people on board makes my job a lot easier, as I used to be the one handling most of it in the past.

I heard that the creation of LANDR was funded by the guy who also funded the LED TV. Is that true?

Yes. Helge Seetzen was the CTO at Bright Side Technologies, the company that invented the LED display. He sold the company to Dolby, and they went on to develop the actual product as we know it today. With the money he made off that, Helge started a fund in Montreal, and I approached his company when I wanted to finance the acquisition of the IP that had been developed by a research team at Queen Mary University Of London. That IP is what led to the creation of LANDR.

Originally the technology behind LANDR wasn’t meant to be for cloud-based mastering, right?

It’s part of a bigger IP base that we hope to continue to commercialize. The original student research group from Queen Mary University were focused on using machine learning and big data analysis to see what it could do for music production. The original thrust of the research was to have artificial intelligence conduct mixing of live gigs. So in a live setting, you’d have the front-of-house mix and the robot would do a mix for online streaming in real-time. We noticed that the mastering aspect of that process was having the most impact on the sound, which is what got us excited. We saw huge potential in what it could do for a wider audience, which is what made us pivot to create LANDR.

LANDR hasn’t seen much competition from rival companies yet, despite it’s success. Usually, people are quick to rush into any industry where there’s money to be made. Why do you think this hasn’t been the case for cloud-based mastering?

The real challenge with mastering is in how it’s impacted by the genre of music you’re working with. You really have to apply the power of an artificial intelligence to tackle that in an effective way. We have a huge body of research that spans seven years, which we’ve been able to protect quite well. This makes it hard for people create something similar or catch up to us. It also helps us with raising money and makes people take us seriously when we talk about our work. We’ve even been granted a patent for our technology, which is very exciting.

Speaking of raising money, your recent $6.2 million funding round was quite a news item this past summer. What’s the purpose of your funding rounds?

On the simplest level, funding allows us to hire people that can continue to improve our algorithms. It also allows us to scale our servers as our user-base increases. It allows us to effectively build in additional features to what we currently have, and gives us the breathing room to think about what we need to do next in terms of improving the service.

On the LANDR website, it says “LANDR is designed to be nearly foolproof” How do you define “foolproof”?

If you look the mastering solutions that have existed prior to LANDR, you’d have to make use of tools that are phenomenally complex. These tools, usually have many sliders, dials and visualizations, and if you turn any of them the wrong way, it’s likely to mess up your mastering process. If you’re using those tools in a less-than-adequately shaped room, it’ll also negatively impact your end result. By using AI to minimize the options, we strive to ensure that what you get out of LANDR sounds as close to what you want as possible, and you can’t screw it up. As our AI gets smarter, it will get more and more accurate in terms of being able to recognize different genres and sub-genres.

We say that LANDR is “foolproof” because we’ve asked ourselves this question: “In a word that’s filled with so much room for error, can we create a result that’s close enough to what people want without needing to be super-personalized? “. This is because personalization leaves tons of room for things to go wrong.

That questions hits on one of our biggest concerns, and we have a very interesting answer to that which we’ll be revealing in a new product in the next three months. We’re striving very hard to figure out how we can give people choices that are still foolproof. When we show people in the lab what we’re up to, they get excited about it. What we want to avoid is giving people the ability to personalize their masters to the point that they start to overcompensate for room issues. We don’t want them to crank the bass in their room in a way that translates poorly when they listen on another system. We have some interesting ways of addressing that.

LANDR has received it’s share of criticism from the audio world, particularity from mastering engineers who feel slighted by the thought of an AI performing their jobs. How do you feel about this criticism?

I’m really grateful for the criticism, because we learn so much from it. When you build new technology, you’re always trying to figure out how to make it work in a specific way. If it wasn’t for the really detailed and harsh criticism we’ve received from certain parts of the engineering world, there are certain things we could have never done to improve LANDR. If you think of the way that digital film has come to replace analog film in 99% of cases, it was the super-uptight photographers who said, “Well, digital film isn’t doing such and such. Your shadow-ramping isn’t working to the proper degree because of the limitations of your pixel depth, bla bla “. Those who were developing digital film technology weren’t trying to solve that problem initially. It was the criticisms that made them aware of it. Similarly for us, criticism opens up doors for us to make LANDR better.

Do you think LANDR can be disruptive to extent that it replaces real mastering engineers?

Of course. That’s only a matter of time. However, we have to be careful of what that question implies. Is Uber ever going to be an F1 driver? No. That’s not a role that it’s trying to fill. Are we going to be Bob Ludwig? Nope. That isn’t a role we’re trying to fill either. But can we give millions of people who can’t afford mastering the chance to have their songs mastered to a degree of professional quality? Definitely. Can we make it so that LANDR is used as a powerful creative tool that helps people mix better? Absolutely. Can we get LANDR to a point where it’s used for commercial releases? We’ve already been able to do that. Doggystyle Records, Snoop Dogg’s label, have already released three songs mastered by LANDR. So our problems our solvable, and we’re already seeing our solutions being used by the music industry.

What are some other professional clients that have come your way?

Bob Weir from The Grateful Dead owns a a studio called TRI Studios, and their technical officer, John Harkin, reached out to us through our support request page. He was really curious as to what LANDR was about. Through chatting with Bob and John, we’ve come to master thousands of tracks for them.

Our lead investor is Warner Music, which has been a great relationship for us. We’ve built a dedicated LANDR website for them and their sub-labels, and they love it. I recently got an email from them saying how their songwriters love it, and how it makes their demos sound more convincing. Having a major label behind us will hopefully give us the guidance to avoid some of the trouble that other music start-ups gave gotten into over the years.

We even have professors that use it at sound engineering schools as a testing platforms, where they ask students to use LANDR as a benchmark for their mastering course-work, which we think is creative.

Given the instant success LANDR has had, do you guys have anything to worry about moving forward?

As we talked about earlier, we’ve set a baseline for what’s possible with LANDR. The question for us is this: if we were to start opening up parameters and giving people more control over their mastering process, how do we make sure that we never fall below the threshold for success that we’re currently known for? The terrifying thing with the out-of-gate success that we’ve seen is that we have to meet a certain standard with everything we do from now on. That’s important for me as the CCO. 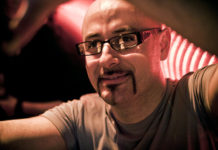