Capcom has been around for 30+ years, and has created some of the most iconic video game franchises, like “Mega Man“, “Resident Evil“, “Devil May Cry” and “Street Fighter“. When I attended the recent Game Developers Conference, they were one of the booths I stopped by, which was being manned by their Vancouver branch. I asked for an interview with their audio department, and was happy that one of their sound designers, Jesse Lyon, was willing to talk to me about his work.

Hi Jesse. How did you come to work for Capcom Vancouver? Did you have experience in the world of video game audio before that?

I actually started in the film post-production industry in the late 90’s, working as an assistant editor and mix engineer on movies and TV series for a Vancouver studio called Western Post Productions. A friend of mine landed a job at EA Sports in 2002, and mentioned there was an opening for a Sound Designer on “FIFA“. I had a few other friends in the game audio world at the time, but didn’t know anything about the industry. Yet I applied for the position anyway.

My interview consisted of a pizza lunch with the Audio Director, Chris Taylor, and talking about the Vancouver music industry, since Chris played drums in the 80’s band, The Payolas, with Metallica producer Bob Rock. He had also worked with engineer Roger Monk, who was my boss at the time at Dick and Roger’s studio. I’m pretty sure that’s what clinched the deal, as I wasn’t even required to come back in for a formal interview; they just called a few days later and offered me the gig. Roger wasn’t too happy when he learned I was leaving his studio to work for Chris at EA, but I think he’s over that now.

After five years on “FIFA”, and being a total car nut, I moved over to work on “Need For Speed” games as the lead vehicle audio designer. After five years on that series, I was again in need of a change. When I learned there was an opening at Capcom, I called the Audio Director, Dieter Piltz, who I knew from his time at EA. One thing led to another, and I was hired as a Senior Sound Designer for “Dead Rising 3″. So to sum things up, it’s about 60% who you know, and 40% what you know.

Yes that may very well be true. But in terms of qualification, what were the criteria that you fulfilled that made Capcom hire you?

Other than having some really good connections, I believe it was my background in vehicle audio, from working on the “Need For Speed” franchise. Combo Vehicles were slated as a lead feature in “Dead Rising”, so I fit right in for working on that.

Do your current tasks at Capcom differ from when you first started working there?

I was hired to work primarily on vehicles in the beginning, but that changed pretty quickly. Shortly after being hired, they added a second game, which split our team in half. This opened up a position for an Audio Lead on “Dead Rising 3″, which they gave to me. I continued to work on vehicles, but was also tasked with overseeing cinematic audio, music implementation, attending lots of Lead meetings, and then providing that feedback to the rest of the audio team to follow up on and fix bugs. So to answer the question, yes, it evolved very quickly! 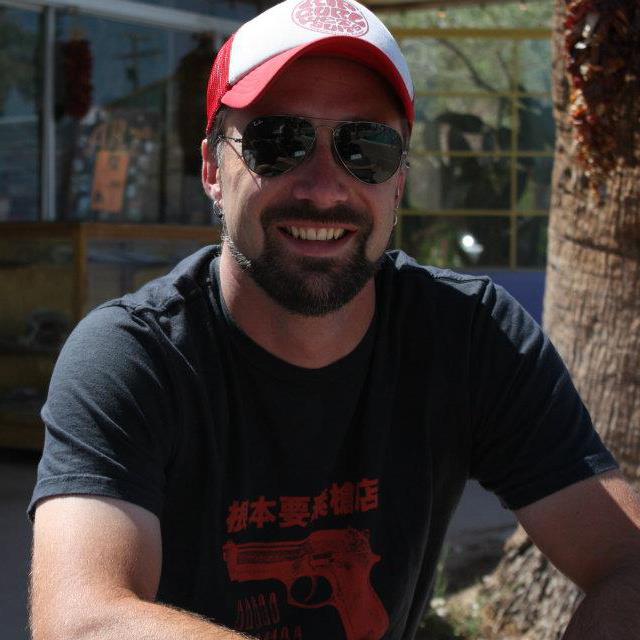 As a sound designer, what are the most useful skills to have? Should aspiring sound designers have particular abilities nailed down before handing out cards and resumes?

Obviously a good demo reel is a must-have. If you don’t yet have any working experience, grab some cool-looking game footage or a trailer and post it up with your own sounds. The more non-commercial library sounds you can use, the better. Showing knowledge of interactive audio systems is a definite plus too, since FMOD and Wwise are both free to download. Set up a demo to show that you understand how game events and parameters work, and how one might design an audio-logic system for dialog, sound effects, or interactive music.

Given the stature of a company like Capcom, can you tell me about some of the resources that are available to the audio team at the Vancouver branch?

We’re all really proud to work for such a recognized brand like Capcom. It was also great to partner with Microsoft for an exclusive launch title on Xbox One. Between these two industry giants, we have a lot of firepower, which enables us to do a lot of cool things. We develop our own game engine and tools in house, and the main branch are very willing to stand behind us and give us what we need to succeed.

What does the rest of the audio team at Capcom Vancouver looks like? Do you have a large staff that you work with?

We currently have seven Audio Artists and four Audio Software Engineers on our team, spread across two main titles, as well as our DLC teams. We’re hoping to add some more headcount once we get into full production on both upcoming titles.

What kind of relationship does Capcom Vancouver have with other Capcom branches, like Capcom USA?

We’re actually pretty self-sufficient here at Capcom Vancouver. We have quarterly video conference check-ins with our audio partners in Japan, where we discuss common issues and solutions, but there’s really not much in the way of tech or asset sharing between studios. It’s a bit tricky and time-consuming with the language barrier, as you have to wait for each question and answer to be translated. I actually got to meet one of the Capcom Japan Sound Designers face to face at GDC last week. It was cool to talk shop, and it showed how even though our studios and titles are so different, we deal with a lot of the same issues. I’ve never had the chance to speak to anyone at Capcom USA, but now that you mention it, we should probably reach out there as well.

What were some challenges for you in working on “Dead Rising 3″?

One of the major challenges I found was going back to a looping engine audio format. Back at EA, we used a granular-based model for our vehicle engines, which means we sampled a full RPM band acceleration/deceleration ramp, and then the game would play back the content in real-time as you ran through the gears. This kind of engine model only requires a few audio samples, is very easy to record, process, and implement. It’s extremely easy to tune and takes little to no effort to sound good in the game. Unfortunately, we don’t yet own or develop that tech here at Capcom, so we had to revert to a more old-school loop based model. This method takes a lot longer, as you need to capture sections of content at various load and throttle positions, then process and loop these in your editor (Pro Tools). Then you have to implement and tune the game tools, as well as tune them in game. After all this, it still didn’t sound ideal to me, although I’m very happy with it regardless.

I’m hoping that we can develop in-house granular-based tech for future games, or look at licensing middleware such as REV, which some good friends of mine have been developing. Of course, there are always the same old challenges related to production schedules, new hardware, and feature changes that you go through on every project.

As a sound designer, what kind of working relationship do you have with composers on game projects like “Dead Rising”?

Most game studios outsource all their music content, but we’re very lucky to have a talented in house Music Director/Composer, Oleksa Lozowchuk, who worked closely with me on the music design and implementation. We had different systems for mission flow, boss battles, and adaptive music. He was mostly focused on the content creation and working with many great composers, whereas I focused more on the in-game implementation and mix.

The adaptive music was probably the trickiest part to implement and tune. We had developed a Zombie Threat Level system that took various inputs from the game, and played back sets of drones and pulses that matched the relative intensity of approaching enemies. This design also fit well with the 80’s minimalist horror theme, and added a kind of subliminal excitement factor to the zombie horde encounters.

What are some of the tools that you found yourself using when working on “Dead Rising 3” game?

Apart from Pro Tools and our proprietary game toolset, I tend to use a lot of the Waves plug-ins (Morphoder, Z-Noise, MondoMod, RBass), as well as Serato Pitch’n’Time, and of course Altiverb and Speakerphone. We also have a bundle from Antares called the Avox Vocal Toolkit, that’s great for making weird creature sounds. Out in the field, we use a Sound Devices 744t, and a range of Sennheiser and Neumann mics. I’m also a big fan of using lavaliers and boundary mics to get into tight spaces when recording cars. Watch out for hot and moving parts though! They will fry or cut through a mic cable pretty quick. In my edit room, I monitor on a 5.1 set of Genelec 8030A speakers with a 7060B sub.

Is there a swiss army knife-type tool in the field recording world? Something that you find yourself using a lot that saves you a ton of trouble?

Pitch ‘n Time Pro is a great plugin for giving boring sounds that extra bit of intensity. Avox Warm is great for giving some analogue distortion to boring-sounding vehicles. QuicKeys for Mac, and the built in macro functionality in Windows 7 are your best friends for repetitive tasks. I couldn’t edit dialog without them.

How big a role would you say that events like the Game Developers Conference play in how game companies connect with their potential staff and fans?

We had a group of about ten developers at this year’s GDC. It was a great experience for all of us, attending the conference sessions and checking out all the latest tech on the Expo floor. We had a steady flood of people at our recruiting booth, which was great. Most of them were students though, and there’s a Canadian law that prohibits us from hiring full-time workers unless you have at least three years of experience in the industry. It seems like there are a lot more entry level people looking for work then there are positions available, so it really takes a great demo reel or portfolio and a great attitude to make you stand out from the crowd. I met a lot of awesome potential hires this year at GDC, and hope we can get some new positions opened up on our audio team soon.

How does the legacy of Capcom’s video game franchises like “Mega Man” and “Street Fighter” weigh in on the work that you guys do in Vancouver? Is there a pressure to make something equally acclaimed?

We’ve been fairly disconnected from those games here in the past, but judging from GDC and PAX this year, there are some very hardcore fans of those franchises out there. I would love to somehow incorporate those iconic games/characters into one of our titles here at Capcom Vancouver.

What’s in store for the future? Anything you can share with me about Capcom’s going-ons?

We’re hiring designers, artists, engineers, and producers like crazy right now! Make sure you head over to our website and check out the job boards. I’m hoping we’ll announce our new projects soon, as well as get some new audio positions opened up in the very near future, so keep your ears and eyes open! 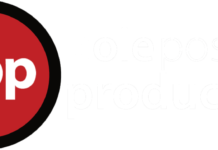 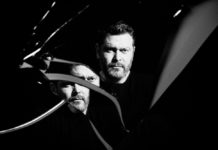